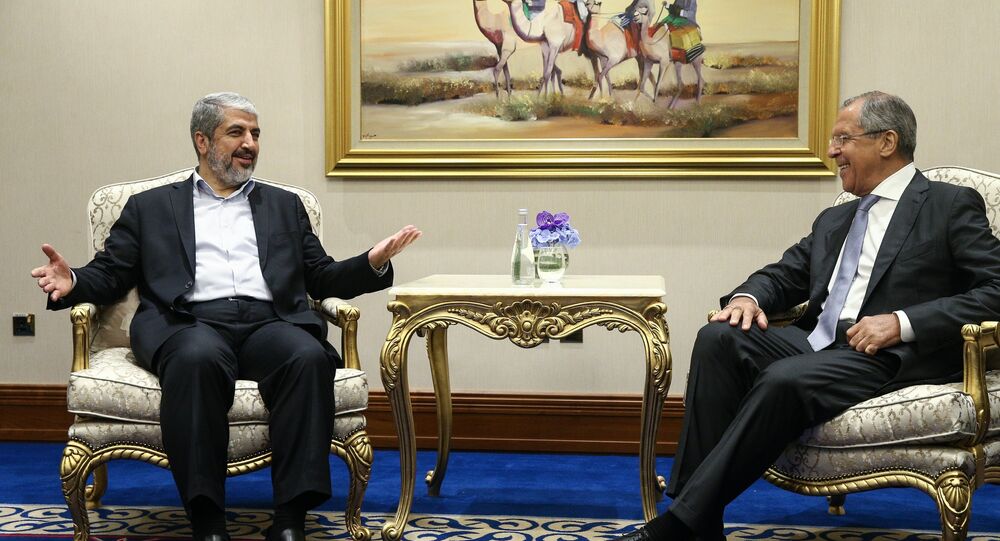 Moscow reaffirmed its support for efforts to restore Palestinian unity based on the political platform of the Palestine Liberation Organization and the Arab peace initiative, according to the statement of the Russian Foreign Ministry.

"The Russian side reaffirmed its support for efforts to restore Palestinian unity based on the political platform of the PLO [Palestine Liberation Organization] and the Arab peace initiative," a statement on the ministry’s website said.

Earlier in the day, Sergei Lavrov held a meeting with Khaled Mashaal, the head of the Hamas political bureau, on the sidelines of his working visit to Doha, Qatar.

© AP Photo / Rob Griffith
Israel, Palestine Meet on Peace Process Without Telling US
In June 2014, Hamas, which had de-facto control over the Gaza Strip, formed a unity government with the more moderate West Bank-based Palestinian Fatah party, the largest faction of the PLO, recognized by a wide majority of UN member states as the only legitimate representative of the Palestinian people.

The unity government will pave the way toward parliamentary and presidential elections.

The following month, the Palestinian National Authority said a reshuffle of the Palestinian Cabinet had been agreed upon. However, Hamas said the move was unconstitutional and lacked consensus.