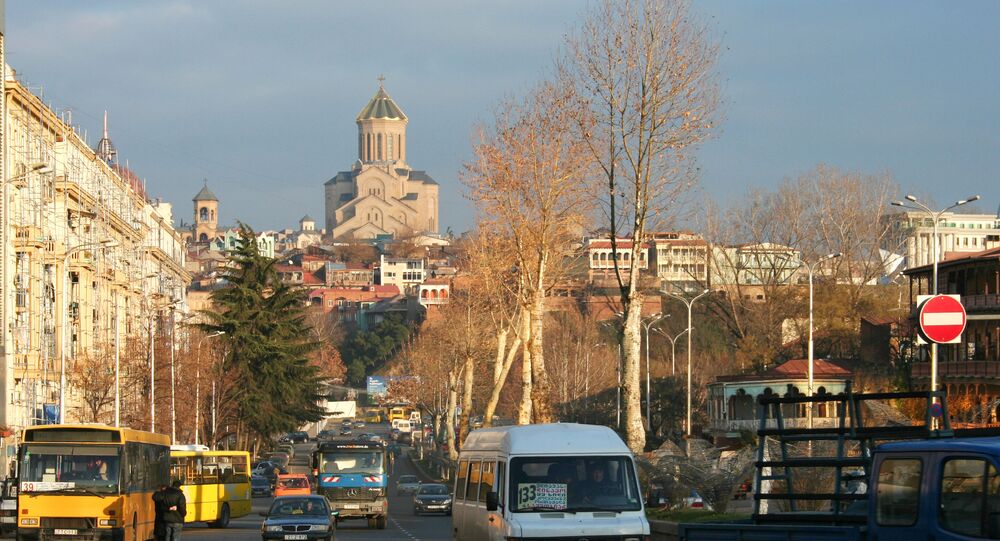 Tbilisi wants to restore ties with Moscow and does not hope for NATO membership in the near future.

© Photo : www.nato.int
Georgian Defense Minister Hints at NATO Foot-Dragging
MOSCOW (Sputnik) – The Republic of Georgia seeks to ease its confrontational stance against and repair ties with Russia, Georgia’s special envoy for relations with Russia said, as cited by the Wall Street Journal.

Zurab Abashidze, who was appointed to the post in late 2012 when it was set up, told the publication on Friday the country’s ambitions to join the North Atlantic Treaty Organization (NATO) are “not the question of today, or of tomorrow.”

“Why create illusions for people? We are not defended, and this is the reality of this difficult region,” Abashidze said.

The publication went on to say security and economic considerations have driven the Georgian government to incrementally pivot away from a pro-Western course and toward Russia.

Abashidze said Tbilisi’s NATO ambitions were still alive, “but we have to get to that day without destroying the country.”

© AFP 2021 / BULENT KILIC
NATO Split: Germany Wants to Withdraw Patriot Missiles From Turkey
NATO’s planned enlargement in Georgia and Ukraine, as well as widely reported plans to expand its military presence and missions in Eastern Europe and the Baltics, is viewed as a national security threat in Moscow.

Georgia’s relations with Russia deteriorated following its 2008 offensive against the breakaway republics of South Ossetia and Abkhazia, leading to the five-day military conflict with Russia.

US Media Concerned Over Growing Pro-Russian Sentiment in Georgia