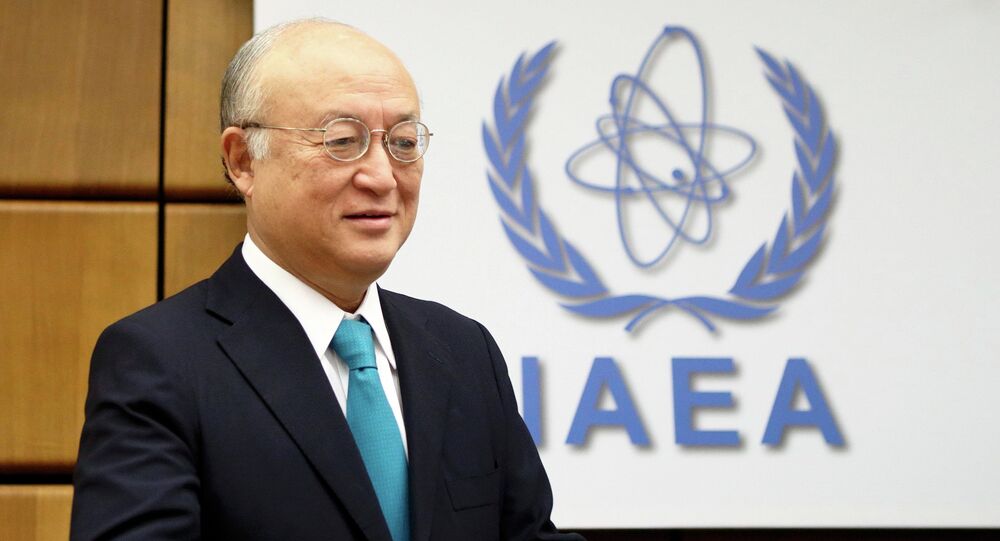 Yukiya Amano will hold talks with the US Senate over the Iran nuclear agreement.

WASHINGTON (Sputnik) — The director of the International Atomic Energy Agency (IAEA) agreed to meet with members of the US Senate next Wednesday, August 5th, to discuss the verification regime for the Iran nuclear agreement, the IAEA said in a Friday press release.

“IAEA Director General Yukiya Amano will travel to Washington next week to meet members of the US Senate Committee on Foreign Relations,” the press released stated.

© AP Photo / Hans Punz
US Senate to Press IAEA for Testimony on Iran Nuclear ‘Side Deals’
Earlier on Friday, members of the Foreign Relations Committee sent the IAEA a letter requesting a meeting to discuss the verification framework reached between the IAEA and Iran following the July 14, 2015 signing of the comprehensive nuclear agreement, officially named the Joint Comprehensive Plan of Action (JCPOA).

The IAEA said Amano will discuss the agency’s role “in verifying and monitoring nuclear-related measures” under the Iran nuclear agreement.

In hearings earlier this week, a number of Senators expressed their concern that the verification agreement between Iran and the IAEA represents a secret side deal.

The IAEA is the primary body responsible for ensuring Iranian compliance with the newly signed JCPOA and the nuclear Non-Proliferation Treaty.

Tehran Will Not Allow US to Interfere in Iran's Internal Affairs