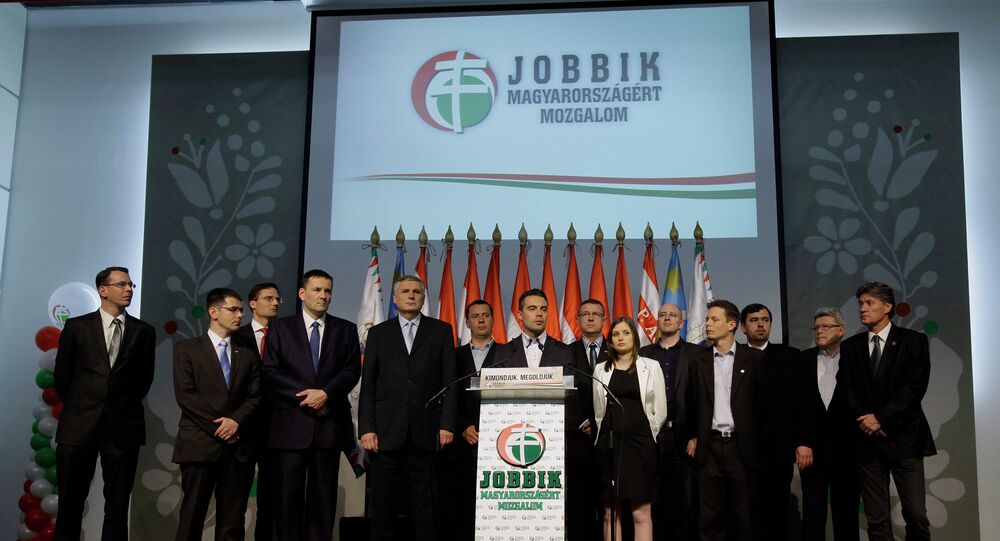 Members of Hungary’s Jobbik party intend to follow up on an official invitation and visit Crimea this autumn.

MOSCOW (Sputnik) – A member of Hungary’s Jobbik party confirmed to Sputnik on Friday that his party had received an official invitation to visit Crimea and was planning to make the trip sometime in the fall.

“At the moment we cannot say anything concrete. We do have a valid invitation to Crimea for October, but haven’t yet concretized the dates and fixed the schedule and the agenda for the trip. But we do have a plan to visit Crimea this autumn,” Marton Gyongyosi, who is vice-chairman of the Foreign Affairs Committee of the Hungarian National Assembly, said.

© Sputnik / Konstantin Chalabov
Growing Number of EU Lawmakers Ignore Crimea Blockade, Plan to Visit Region
He added that the invitation was extended to members of the Jobbik party, who are “considering to represent the party at the highest level.” The delegation will include the chairman and other party members.

Earlier in July, a 10-member delegation of French lawmakers traveled to Crimea to assess the situation on the ground and meet local officials.