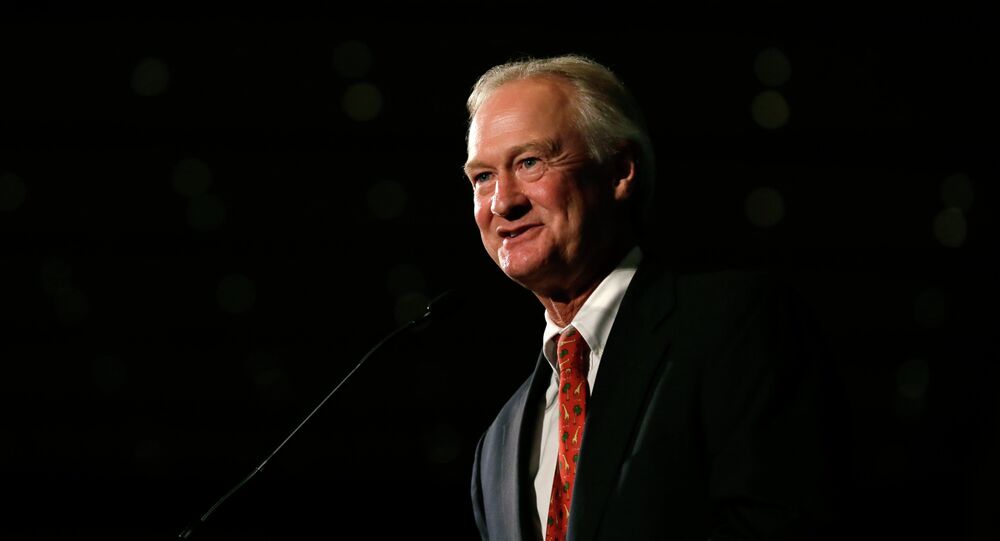 The United States should reestablish and develop realtions with Russia to tackle a wide range of current global issues, US Democratic presidential candidate Lincoln Chafee believes.

WASHINGTON (Sputnik) — Restoring US relations with Russia should be among the top priorities for the newly elected president, US Democratic presidential candidate Lincoln Chafee told Sputnik.

“I would make it one of my top priorities to do everything possible to find common ground, areas where we can build on and reestablish relationships with Russia, make them better,” Chafee said in an interview.

The presidential candidate noted that there are areas where Russia and the United States still agree and cooperate, including on the Iran nuclear issue.

Host photo agency
Russia, Iran to Expand Cooperation in Peaceful Nuclear Energy
“I know we worked on the Iran deal together, but just keep building on that, areas where we both agree as countries, and then broaden those out, areas where we somewhat agree, and then tackle those areas where we have disagreements and work together,” Chafee said.

"There is just no room for escalation of military options in this world we live in today," Chafee said when asked to comment on mutual accusations by Washington and Moscow of violating the INF Treaty.

Chafee noted that cooperation between the United States and Russia should be concentrated on more important issues rather than bashing Russia.

"There are many other challenges we should be tackling rather than the Russians in the West, a saber rattling," he added.

The United States and Russia signed the INF Treaty in 1987, banning nuclear and conventional ground-based cruise and ballistic missiles with a range of 500-5,500 kilometers (300-3,400 miles).

According to recent media reports, US authorities are considering the deployment of missiles to Europe to defend against supposed advantages gained by Russia's alleged treaty violation, or the possibility of a more aggressive "counterforce" of ground-based strategic weapons or cruise missiles.

Chafee also underscored that Washington and Moscow should cooperate in resolving the Ukrainian crisis, and ensure the European markets continue to receive Russian energy.

© AP Photo / Susan Walsh
US, Russia Can Work Together Despite Tense Relations - US Ambassador Tefft
“The immediate area that we [US, Russia] should be finding areas to resolve is, of course, Ukraine, and…with the sanctions, and how we can get the Ukrainian situation resolved, and get the European markets and the Russian energy working together,” Chafee said in an interview.

Chafee added that US-Russia cooperation is “in everybody’s best interest.”

Moscow should participate in international discussion on all world issues, the candidate continued.

“That strong country, energy-rich country, such as Russia, should be part of all our global discussions,” Chafee said in an interview.

The presidential candidate stressed that there are many areas where Russia and the West could cooperate, including the Iran nuclear program and space industry.

US, Russia Should Have Diplomatic Dialogue on INF Treaty - CRS