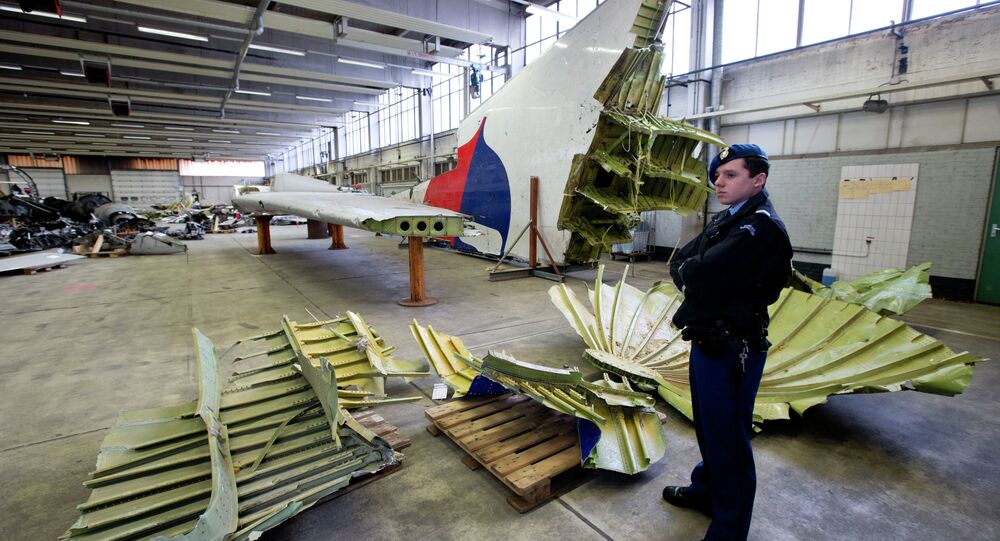 Former US Ambassador at Large for War Crimes Issues David Scheffer claims that an independent international tribunal to investigate the flight MH17 crash should be established only after the Dutch Safety Board probe is complete.

MOSCOW (Sputnik), Yulia Shamporova — An independent international tribunal to investigate the Malaysia Airlines flight MH17 crash in eastern Ukraine should be established only after the Dutch Safety Board probe is complete, former US Ambassador at Large for War Crimes Issues David Scheffer told Sputnik Tuesday.

Earlier in July, Australia, Belgium, Malaysia, the Netherlands and Ukraine proposed to create an international tribunal to investigate the crash of the aircraft in eastern Ukraine, which Kiev has blamed on local independence supporters. A respective draft resolution was submitted to the UN Security Council by Malaysia.

"One way to manage the procedure [for MH17 Tribunal] would be for the UN Security Council to adopt a resolution that 1) authorizes the creation of an international criminal tribunal upon 2) the completion of an officially designated investigation of the Malaysia Airline MH17 shoot-down, as described in the resolution," Scheffer said in a written comment.

© Sputnik / Sergey Averin
MH17 Plane Crash Resolution Orchestrated by Western Intelligence
He emphasized that the establishment of a tribunal can only be possible if the investigative body itself recommends that one be set up to further investigate and prosecute those responsible for downing the plane.

The Malaysian Boeing, flying from Amsterdam to Kuala Lumpur, crashed on July 17, 2014 in eastern Ukraine. All 298 people on board, mostly Dutch citizens, died.

The remarks came a day before the UN Security Council is due to hold a vote on the creation of the tribunal.

According to the Russian Foreign Ministry, the proposal to establish an international tribunal before the completion of the Dutch investigation is premature and counterproductive.

On Monday, Russia’s envoy to the UN, Vitaly Churkin, said Moscow would vote against the resolution.