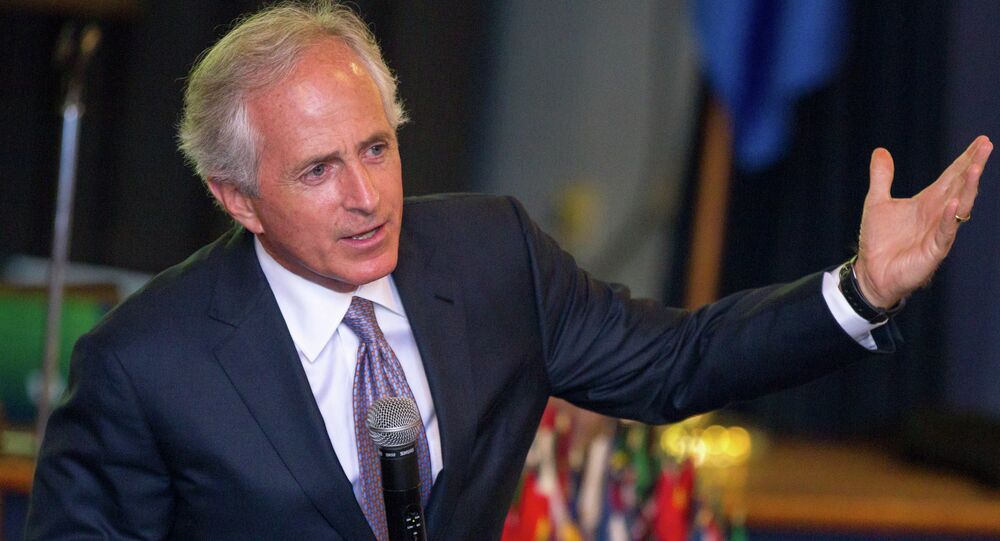 The additional protocol between the International Atomic Energy Agency (IAEA) and Iran, criticized as a side deal to the nuclear agreement, raises concerns over the reliability of negotiations with Tehran, US Senate Foreign Relations Committee Chairman Bob Corker said in a press conference on Thursday.

“I will assure you, it raises some very significant questions as to the integrity of the process,” Corker said of the additional protocol to the Iran nuclear deal.

© Flickr / Stephen Melkisethian
New Congressional Sanctions on Iran May Violate Nuclear Deal - US Senator
According to the IAEA, the agreement sets a roadmap for Iran to explain the possible military dimensions of the country’s nuclear program. The bilateral agreement will give the IAEA a month to review the explanations.

Some members of the US Congress have denounced the additional protocol as a “secret side deal” that leaves important information on Iran’s nuclear program outside the scope of the ongoing congressional review of the deal.

© Flickr / Center for American Progress Action Fund
Kerry: US Congress Rejecting Nuclear Deal to Boost Iran’s Weapon Program
Senator Corker and ranking member on the committee Ben Cardin both requested a copy of the Iran-IAEA protocol from the US President Barack Obama administration, but they have not yet received it, Corker said.

The US State Department said in a Wednesday press conference that the US government is not in a position to provide the text of the bilateral agreement to members of Congress to review. The State Department noted that the Obama administration has no problems with the arrangement between Iran and the IAEA.

The bilateral protocol was signed after Iran and P5+1 countries — the United States, Britain, France, Russia, China, and Germany — reached an agreement on the parameters of Iran’s nuclear program on July 14.

Netanyahu Wants to Dismantle Some of Iran’s Nuclear Facilities