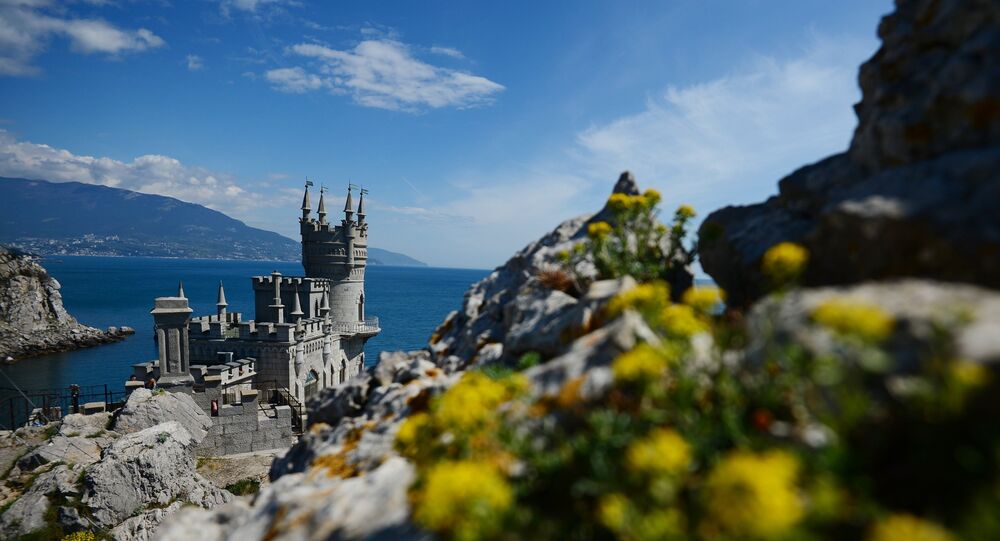 French lawmakers will see that life in Crimea is safe and that the people of the peninsula made an independent decision to secede from Ukraine, the republic's head said.

SIMFEROPOL (Sputnik) — An upcoming visit to Crimea by a group of French lawmakers is proof that anti-Russia sanctions imposed by the West are not working, Head of the Republic of Crimea, Sergei Aksyonov, said Thursday.

“This is a recognition of inefficiency of the sanctions against Russia by foreign parliamentarians. France is taking a constructive position,” Aksyonov said.

© AFP 2020 / FRANCK FIFE
Audacious French MPs Visiting Crimea Get Support From Home Public
He added that French lawmakers will see for themselves that life in Crimea is safe and that the people of the peninsula made an independent decision to secede from Ukraine in 2014.

“They will be able to walk on streets, talk to people,” Aksyonov said.

According to Mariani, the main goal of the visit is to find out the truth about recent developments in Crimea, as Western media creates a one-sided account of events following its reunification with Russia.

Crimea reunified with Russia after a March 2014 referendum in which 96 percent voted to secede from Ukraine. Kiev and a number of Western States refuse to recognize the referendum results.