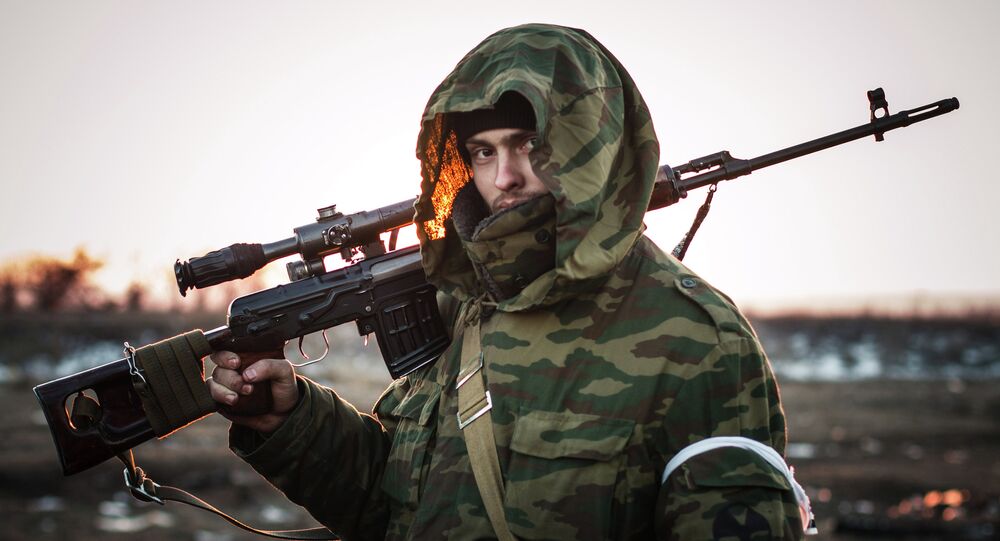 Ukraine may be on its way to peace, as the Verkhovna Rada is working on the country’s decentralization process, Le Huffington Post reported.

© Sputnik / Mikhail Voskresenskiy
Ukraine Must Solve Political Crisis Through Federalization - Le Pen's Aide
After a long back-and-forth process between the Parliament, the Constitutional Commission and President Petro Poroshenko, Ukraine might be finally getting its wits about federalization that could eventually bring peace to the war-torn Eastern European country.

On paper, the new constitutional amendment seems like a good solution to fix the war-torn country.

In reality, however, it might be easier said than done for Kiev to reconcile with the Donbass republics, especially considering that the Ukrainian Army keeps constantly shelling Donetsk and its surrounding areas.

On Thursday morning, it was reported that the Ukrainian Armed Forces started to deploy new military hardware to the contact line, after Kiev itself declared the establishment of the 30-kilometer demilitarized zone.

If Poroshenko is quick to break his own promises after just giving them out, then the decentralization process won't change anything in reality and Ukraine is long way to finding peace.

The reform, agreed during the Minsk peace talks in February, is expected to and will be monitored by both the European Union and Russia. The Verkhovna Rada will vote on new amendments in August and the federalization process will be applied starting October 2015, following elections, Le Huffington Post said.

To pass the vote, the new reform will have to be supported by the two-thirds of the parliament.

In essence, the decentralization reform will change the administrative and territorial system of Ukraine by redefining the relationship between the central government in Kiev and other regions in the country. The idea is that after the law is passed, there will be three levels of governance: municipal, district and regional (or provincial). The central (federal) government will always be represented at any local level by officials appointed by Kiev at the discretion of the president, Le Huffington Post said.

© Sputnik / Mikhail Markiv
Empty Promise: Kiev Increases Fire After Announcing 30 Km Buffer Zone
According to the law, the self-proclaimed people's republics of Lugansk and Donetsk will receive a special status, whereby the two regions will have temporary autonomy for the period of three years.

As for Crimea, which re-united with Russia last year, the constitutional amendment will give "a statute of autonomy," the source said.