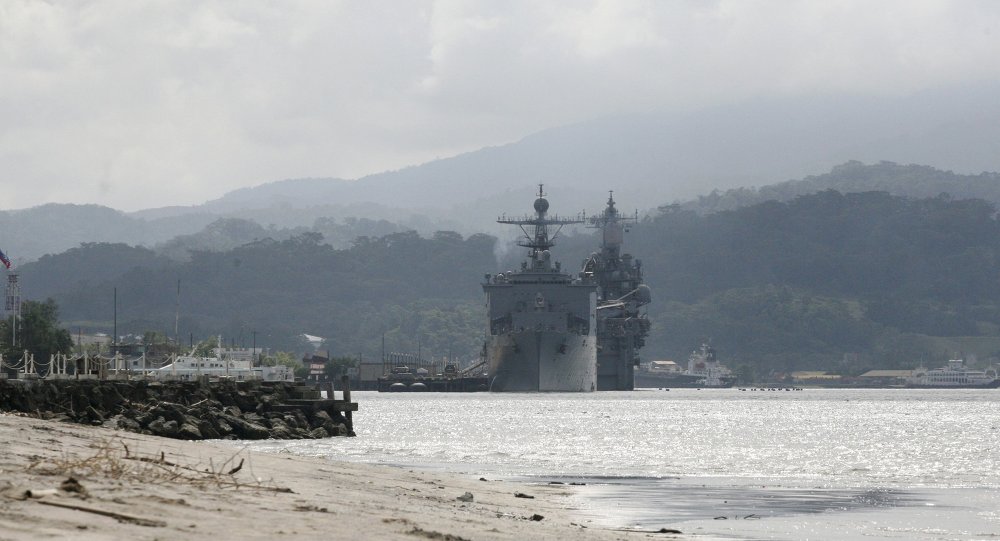 A top US diplomat has confirmed what China has long suspected: the United States is a biased party when it comes to the South China Sea.

"We are not neutral when it comes to adherence to international law. We will come down forcefully on the side of the rules," Daniel Russel, Assistant Secretary of State for East Asian and Pacific Affairs, asserted during a speech delivered at the Center for Strategic and International Studies. Some might find comments on the US abiding by international rules shockingly differing from reality.

© Flickr / U.S. Pacific Command
US Pacific Fleet Commander: We Are Ready to Act in South China Sea
The remarks might have been intended to sound law-abiding and peaceful. But they certainly look more like a page from the might-is-right playbook the US seems to be so fond of. After all, Russel called the concept of US neutrality with regard to the South China Sea an "almost ineradicable misperception on the part of the Chinese," which he was eager to dispel.

The United States' reasoning, as presented by Russel, is concise and clear: Washington does not care about specific territorial claims; what it is truly wary of is the method of securing the territory.

"We take no position on the underlying sovereignty claims," the US diplomat claimed. "Our concern is with the behavior. We are concerned with how claimants make their claims. We strongly believe it should be consistent with international law, which means based on land features. We also believe that and also care about how countries advance their claims," he added.

When it comes to rules, the United States is notably one of the few countries in the United Nations that has not signed onto the UN Law of the Sea convention.

"What we seek is peaceful and diplomatic engagement. What we object to is coercion or threat let alone the use of force to advance claims," Russel said. Yet phrases like "we will come down forcefully" sound as a veiled if not an explicit threat.

Although not a party to the dispute, the United States has been increasingly active in the region. In the last few months, Washington has conducted a number of military exercises with its regional allies, moves seen as provocative by the Chinese government.

Earlier this month, the US began joint naval exercises with Singapore close to the South China Sea. Only one week prior, the US also engaged in war games with Japan and Australia in the Northern Territory and Queensland.

Washington has also repeatedly urged all nations to stop land reclamation efforts but the US is especially critical of China, claiming that Beijing's endeavors on the Spratly Islands could lead to the militarization of the area and would hence undermine regional stability and security.

Beijing has insisted that it is the US' meddling in the Asia-Pacific, including its deepening military ties with Japan, that could jeopardize regional security.

"What we do care about is the stability of the region, the universal principles of freedom of navigation, freedom of overflight, lawful unimpeded commerce, etc.," Russel claimed. In this regard the US' concerns have merit since the South China Sea is one of the key waterways globally, serving as a major artery for the world's commercial shipping.

© REUTERS / CSIS/Digital Globe
Airstrip construction on the Fiery Cross Reef in the South China Sea is pictured in this April 2, 2015 handout satellite image obtained by Reuters on April 16, 2015

Luckily, China has no intention of doing anything that could impact negatively on these routes. Beijing has always insisted that the reclamation project is purely peaceful in its nature. It is meant to serve humanitarian purposes and any military installations are only there for defensive purposes.

© AP Photo / Andy Wong
Teasing the Dragon: Why Washington Unleashes Battle of Nerves With China?
China has also repeatedly urged its neighbors to settle all territorial disputes through bilateral talks.

"For us, it's not about the rocks and shoals in the South China Sea or the resources in and under it, it's about rules and it's about the kind of neighborhood we all want to live in," Russel asserted.

It is highly unlikely that the declared pivot to Asia or any interests Washington has and pursues in the region could make the US a part of the South China See "neighborhood." If so, why would the US decide on how the actual neighbors (or parties to the conflict for that matter) want to or should live?