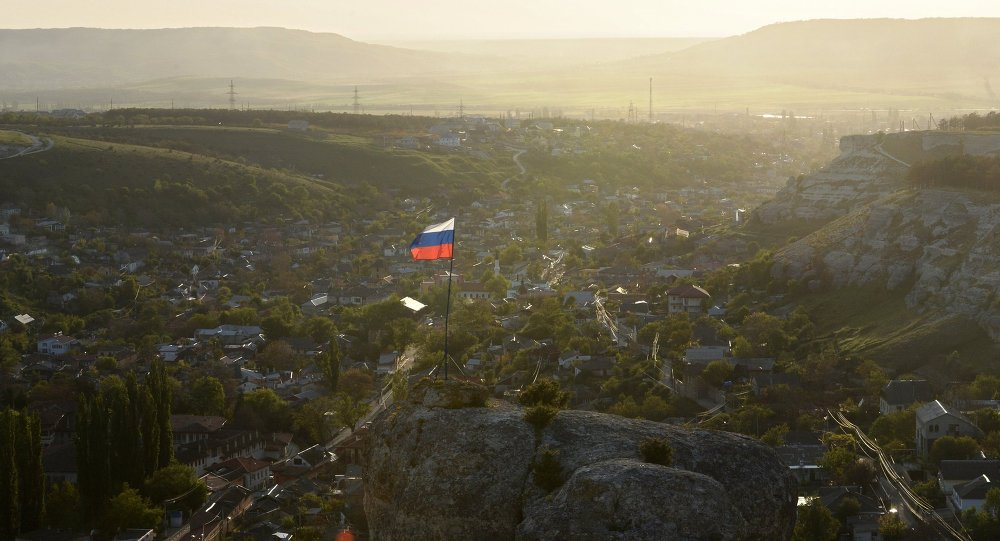 Kiev authorities are hypocritical to speak of the minority rights of Tatars in Crimea, while simultaneously ignoring the minority rights of Hungarians in Ukraine's southwestern region of Zakarpattia, former French Minister of Transport and current member of the French National Assembly Thierry Mariani told Sputnik Tuesday.

MOSCOW (Sputnik), Svetlana Alexandrova — A July 11 shootout between police officers and Right Sector militants in Zakarpattia left three people dead and 13 injured. According to Mariani, the Hungarian minority in Ukraine is deeply concerned with violence conducted by the Right Sector in the region.

Crimean Tatars are a Turkic ethnic group that formed in the Crimean Peninsula in the 13-17th centuries. It is made up of 12.1 percent of Ukraine's population, according to a 2001 population census. In 1944, Crimean Tatars were expelled to Central Asia under an order of then-Soviet Union leader Joseph Stalin. Only in the mid-1980s were they allowed to return to the region.

At the opening of the March 2014 UN Human Rights Council session, a number of countries, including Denmark, Austria, Poland and Latvia, as well as the EU High Representative Federica Mogherini blamed Moscow for alleged violations of the rights of Crimean Tatars and illegal annexation of Ukrainian territory.

In April 2014, Russian President Vladimir Putin signed a decree rehabilitating those ethnic minorities that suffered during the Stalin era, including Crimean Tatars, Armenians, Greeks and Germans.