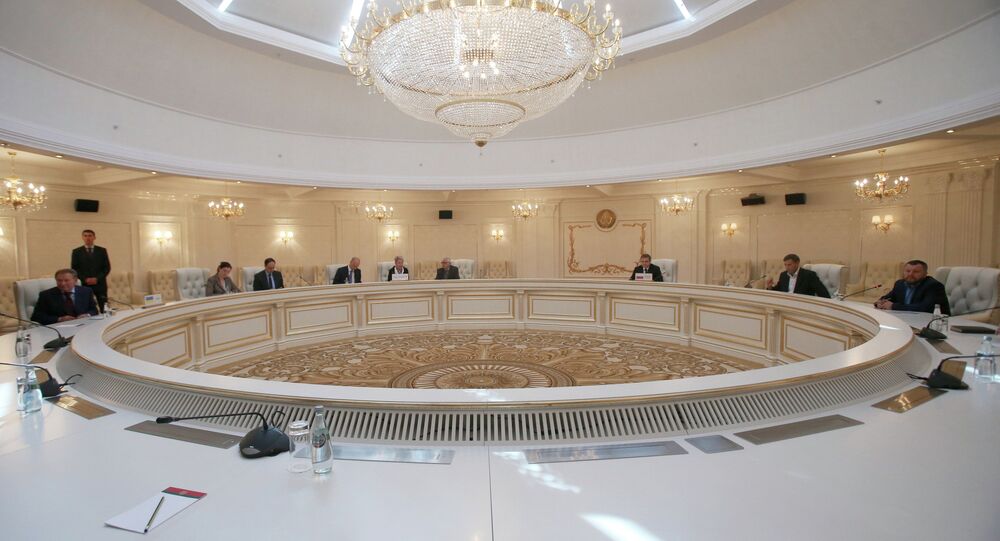 The meeting will be held in the Belarusian capital of Minsk at 4 p.m. (13:00 GMT). The results of the working group meetings on security, humanitarian, political and economic issues are on the agenda.

The meeting will be held in the Belarusian capital of Minsk at 4 p.m. (13:00 GMT), Olifer said in a statement posted late on Monday on her Facebook page.

Contact Group meetings are traditionally attended by representatives from Ukraine, the self-proclaimed people's republics of Donetsk and Luhansk in the country’s southeast, as well as Russia and the Organization for Security and Co-operation in Europe (OSCE).

Minsk has hosted a series of talks aimed at bringing peace to war-torn Ukraine, including a summit of Russian, Ukrainian, German and French leaders in February, which ended in a roadmap on Ukrainian reconciliation.