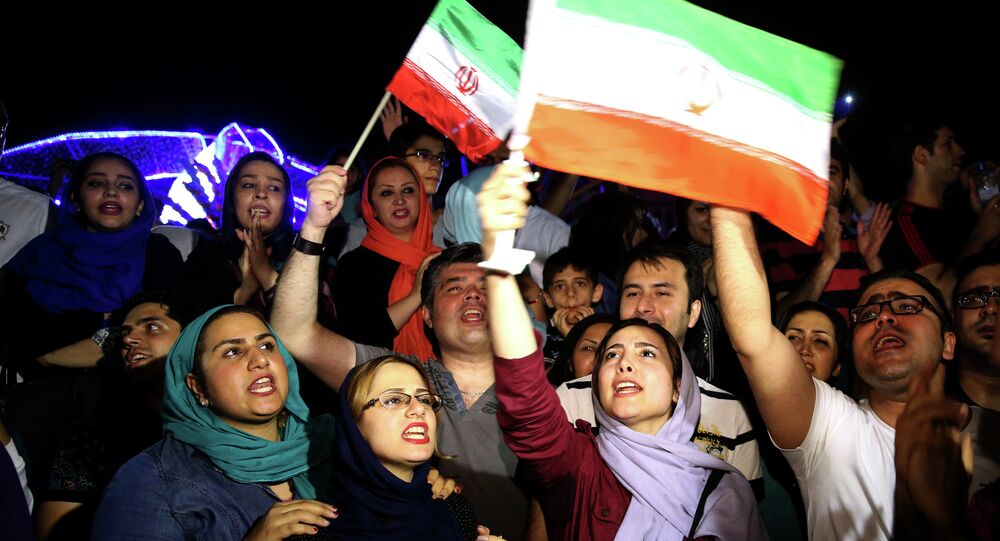 On Tuesday, Iran and the P5+1 group, comprising China, France, Germany, the United Kingdom, Russia and the United States, concluded a historic agreement to ensure the peaceful nature of the country's nuclear program.

"I spoke to [Iranian] President Rouhani yesterday and I said that we want to see a change in an approach that Iran takes to issues like Syria and Yemen and to terrorism in the region and we want the change in [Iran’s] behavior,» Cameron said on NBC News' Meet the Press.

© REUTERS / Leonhard Foeger
Former Pentagon Officer: Nuclear Deal Could Bridge US-Russia-Iran Cooperation on Syria
The prime minister added that the nuclear deal with Iran could lead to this change and was "so much better than the alternative," since without the deal Iran would obtain nuclear weapon and Western countries might have to begin military action in the region against Iran.

The P5+1 international negotiators have been attempting to reach a comprehensive agreement with Iran that would insure the peaceful nature of the country's nuclear program since November 2013, when an interim was signed.

According to the final text of the nuclear agreement, Iran will under no circumstances seek to develop or acquire a nuclear weapon and, in exchange, will receive sanctions relief. The text details how the final treaty will positively contribute to regional Middle Eastern security.

On Saturday, the country’s Supreme Leader Ayatollah Ali Khamenei said Iran would not change its rigid stance on defense capability and regional policy in light of the agreement with the international negotiators.