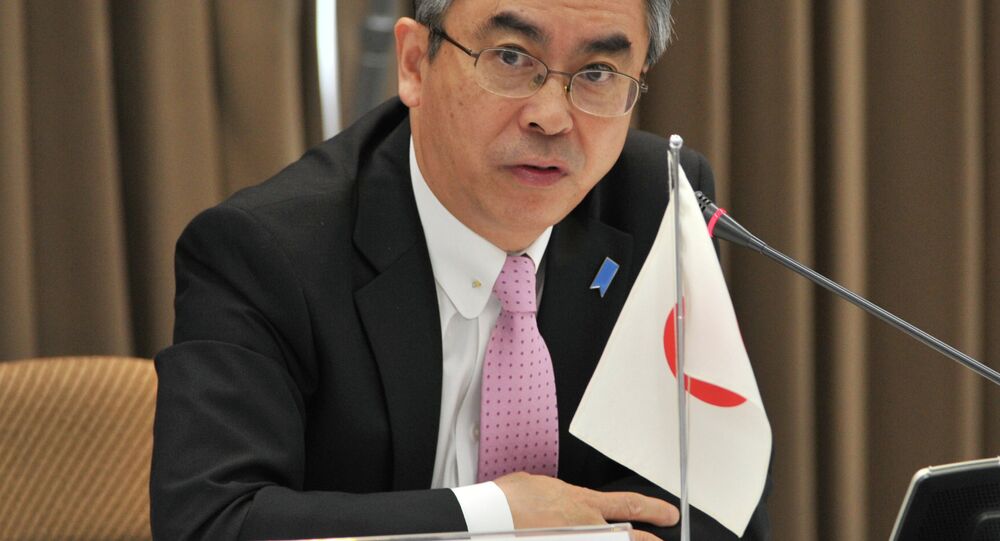 On Tuesday, several media outlets reported on a possible visit of Shinsuke Sugiyama to Moscow in mid-August and a possible meeting with Russian Deputy Foreign Minister Igor Morgulov.

© AFP 2020 / Toru Hanai
From Europe to Far East: NATO Got Its Eyes on Japan
TOKYO (Sputnik) — Information on a visit of Japan's Deputy Foreign Minister Shinsuke Sugiyama to Moscow in mid-August, appearing in several media outlets, is incorrect, a senior official of the ministry said Wednesday.

"Nothing has been decided," Tsuyoshi Kitagawa of the Japan Foreign Ministry’s Russian Department told RIA Novosti, adding that reported information on the visit was false.

On Tuesday, several media outlets reported on a possible visit of Shinsuke Sugiyama to Moscow in mid-August and a possible meeting with Russian Deputy Foreign Minister Igor Morgulov. According to the reports, during the meeting the parties were expected to discuss preparations for the visit of Japan's Minister of Foreign Affairs Fumio Kishida to Moscow as well as the issue of Kuril islands.

The status of the Southern Kuril Islands was stipulated by the 1951 San Francisco Peace Treaty, transferring control of the islands to Russia. The Japanese government still lays claim to the territory. The countries have not signed a permanent peace treaty following the end of the World War II.

A 1956 joint declaration between the two nations linked a bilateral peace treaty to the handover of the four islands to Japan but the agreement remains unfinished.