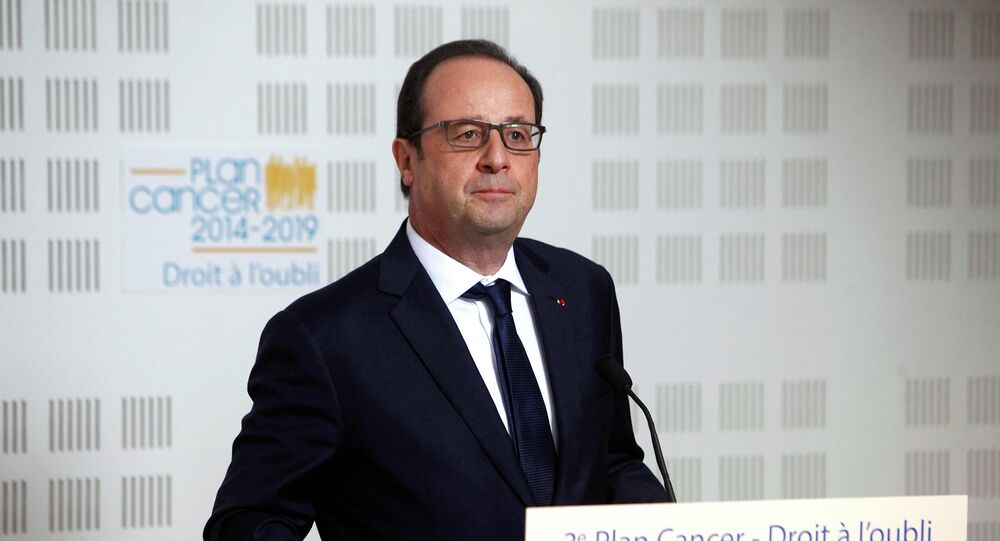 Hollande: 'Robust' Iran Nuclear Deal to Endure for Over Decade

Tuesday’s nuclear deal between Iran and the six world powers is strong enough to endure for at least a decade, French President Francois Hollande said.

© Sputnik / Alexei Druzhinin
Putin: World Breathes Sigh of Relief Over Iran Nuclear Deal
PARIS (Sputnik) — Francois Hollande underscored the contribution of France – one of the six international mediators alongside Britain, China, Russia, the United States and Germany – in making sure that Iran’s nuclear activities will not be a threat to the world.

"This line of constructive firmness allowed to reach an accord that is robust enough to last for a period of at least ten years," the French leader told Le Monde in an interview on the heels of the Vienna breakthrough, adding they will now focus their energies on implementation.

The historic agreement was reached in Vienna on Tuesday after over two weeks of strenuous talks following several years of intermittent negotiations. It will limit Iran’s nuclear work in exchange for the easing of international economic restrictions. A plenary session to put finishing touches to the deal by Iran and the six negotiating powers was held in the Austrian capital shortly before noon.