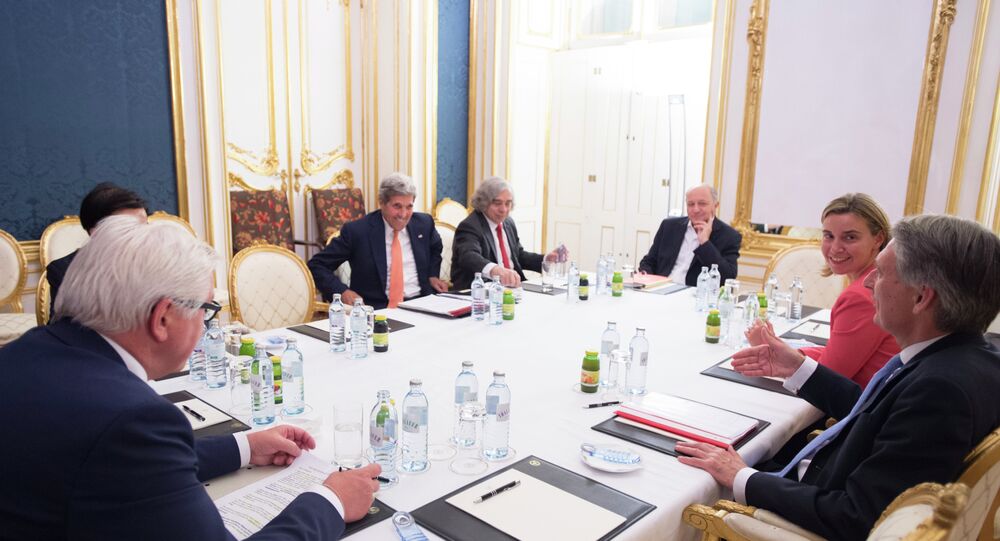 The decision on the Iran's nuclear program, which will be announced soon in Vienna by the foreign ministers of the P5+1, Tehran and the European Union, will open a new chapter in international relations, EU Foreign Policy Chief Federica Mogherini said Tuesday on Twitter.

VIENNA (Sputnik) - Iran and the P5+1 Group have come to a final agreement on Tehran’s nuclear program after over two weeks of strenuous talks, an Iranian diplomatic source told Sputnik earlier on Tuesday.

"The decision we are going to take is much more than a nuclear deal. It can open a new chapter," EU spokeswoman Catherine Ray quoted Mogherini as saying.

© REUTERS / Carlos Barria
Iran, P5+1 Strike Nuclear Deal: Agreement in Details
On Monday, the P5+1 group of international negotiators, including Russia, the United Kingdom, China, France, the United States and Germany, held a ministerial meeting in Vienna to finalize the details of a comprehensive agreement on Tehran’s nuclear program.

Source: Approval of Final Iran Nuclear Deal to Be Announced at 8:30 GMT Tue