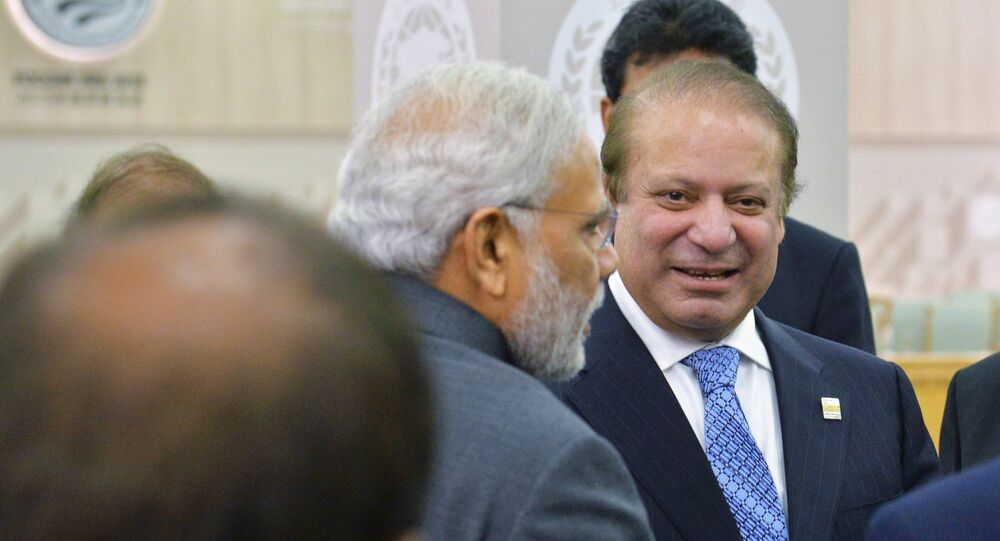 Russia and China, members to Shanghai Cooperation Organization (SCO), have a long history of warm relations with India and Pakistan respectively, and will play an important role in promoting friendly relations between the two countries once they were accepted to the trade bloc, a source told Sputnik Monday.

Host photo agency
Pivotal Moment: What Does India, Pakistan Membership in SCO Mean?
The source added that during a Friday meeting between the prime ministers of India and Pakistan in Ufa, India had raised an issue of terrorism and in particular the Mumbai terrorist attacks.

It was decided that the national security advisers of the two countries will meet soon.

“All issues, including Kashmir, were discussed: both [sides] agreed on roadmap to improve relations,” the source said.

The Jammu and Kashmir region is a subject of territorial dispute between India and Pakistan, marring relations between the two countries following the end of British rule in 1947. After four wars and a number of military conflicts, India and Pakistan agreed to a ceasefire in 2003. The sides have repeatedly accused each other of violating the truce.