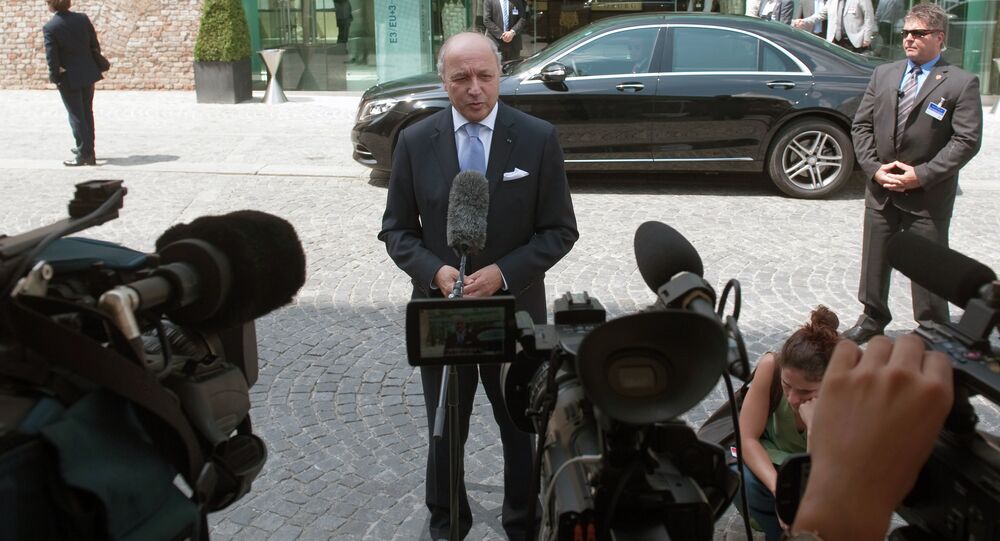 French Foreign Minister Laurent Fabius said that the P5+1 Group and Iran "finally reached the last phase of the talks."

"I hope that we have finally reached the last phase of the talks," Fabius told journalists in Vienna.

Fabius added that France has held a firm constructive approach during the latest round of talks that have lasted for more than two weeks.

"You know the line which France took, it is a line of firm constructiveness and I hope it will help now to rapidly have a satisfactory result," Fabius said.

In April, the sides reached a framework deal, envisaging that Iran cuts back its uranium enrichment activities, decreases the number of centrifuges and allows the International Atomic Energy Agency (IAEA) inspectors to monitor its nuclear activities in exchange for gradual lifting of economic sanctions imposed on the country.

On Saturday, a source in the Iranian delegation told Sputnik that there were only "two or three" issues about the deal that were yet unresolved.

Earlier, sources from various delegations told reporters that issues such as the scale of access that the IAEA inspectors will have to Iran’s nuclear facilities and the timing of lifting of sanctions imposed on Tehran are the main stumbling blocks to reaching the final deal.

Lavrov to Participate in Iran Nuclear Talks in Vienna Sunday