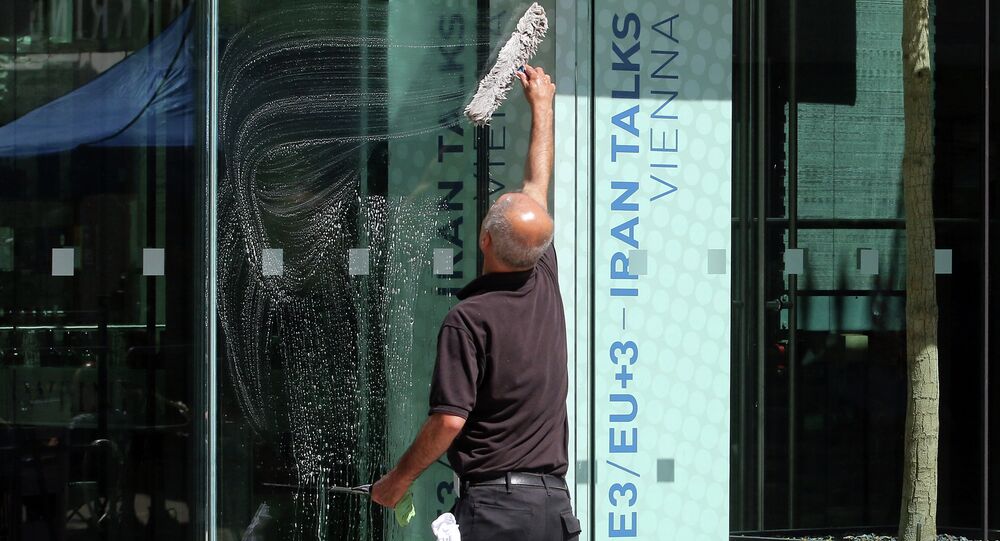 Iranian Nuclear Talks Did Not Fail

The Iranian nuclear deal is not ready yet, and the P5+1 group and Tehran are trying to reach it by July 12, according to a source in Iranian foreign ministry.

© AFP 2021 / JOE KLAMAR
Iran Nuclear Deal Not Ready, No Reason To Wait Any Longer
VIENNA (Sputnik) — Negotiations on the Iranian nuclear deal between the P5+1 and Tehran did not fail, a source in Iranian foreign ministry told Sputnik Saturday.

"The talks did not fail. They are working on the text, " the source said. He added that the Iranian nuclear deal is not ready yet, and the P5+1 group and Tehran are trying to reach it by July 12.

“Definetely not…They are working very hard, they are trying to reach the deal until tomorrow or Monday,” the source said when asked whether the deal is ready.

© AP Photo / Ronald Zak
French Foreign Minister Returns to Vienna for Iran Nuclear Talks
The text of the comprehensive nuclear deal between world powers and Iran will contain 100 pages and will include technical and legal issues.

"They are working on the text, because it consists of 100 pages — very technical and legal. It is time consuming for all parties to the negotiations," the source said.

The source also said that the chances of reaching a deal between Iran and the P5+1 group on Tehran's nuclear program are high, the world powers still need to address 2-3 outstanding issues.

"The deal is very reachable. There is a very good chance. But no one can guarantee timing. It is about P5+1, six countries, and they all have some reservations on sentences that would be included into the text. So there are two or three points they should address," the source said.

Iran Nuclear Deal Not Ready, No Reason To Wait Any Longer