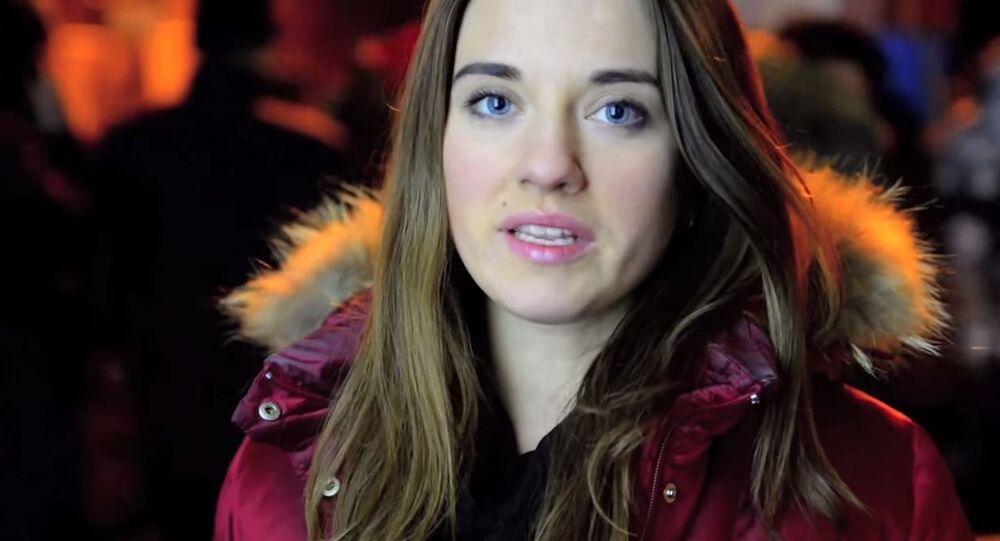 © Sputnik / Denis Petrov
US Will Pay Salaries to Saakashvili Team
Saakashvili made the announcement on Friday in a Facebook post, writing that "the 25-year-old Euromaidan activist has become famous worldwide for her viral videos and television appearances on leading television channels around the world." Explaining that Marushevska had "led a global campaign in defense of Ukraine's freedom," Saakashvili added that "over the past year, Yulia had undertaken studies at Harvard and Stanford, and she hails from the Tatarbunar district of the Odessa region."

Marushevska is best known in the English-speaking world for her appearance in a two-minute viral video entitled 'I am a Ukrainian', uploaded at the height of what would turn out to be the Maidan coup d'état. The video, which would go on to garner over 8 million views, features the young woman standing on Independence Square in central Kiev, explaining in English what the Maidan revolution is all about. Originally presented as a grass-roots appeal for Western support for the Maidan protesters, the video was later revealed to have been shot by professional cinematographer Graham Mitchel and posted by Hollywood producer Ben Moses.

"Each of my deputies speaks several foreign languages; moreover, we have in our team over ten people with a Western education. My deputies have never worked in the civil service, and that is a good thing, because my goal is to bring new, fresh, uncorrupted, competent people."