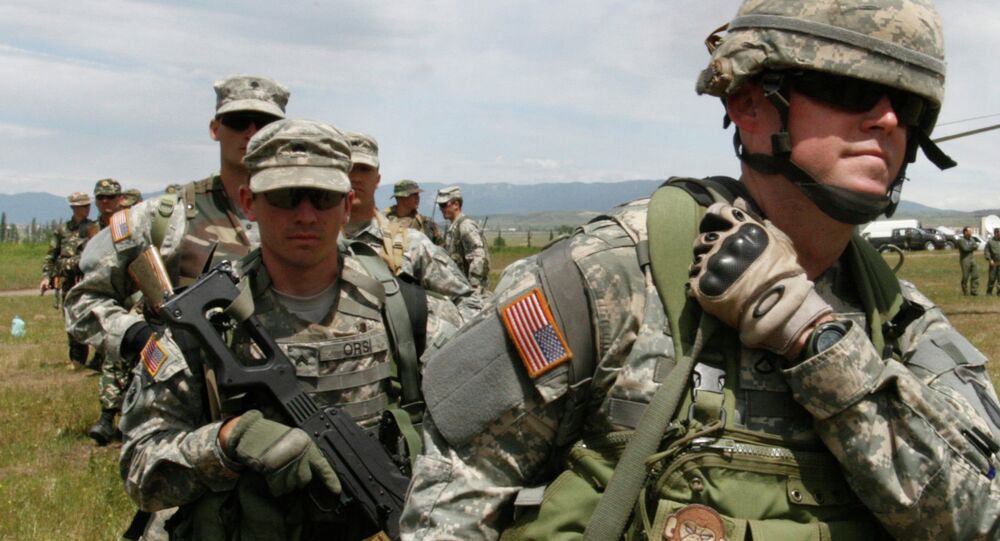 US National Strategy: Washington Has Right to Invade Any 'Non-Ally'

The US' national military strategy is playing into the hands of the American financial elite, not the people, while the determination to rule the world through military force and extreme violence becomes the cornerstone of it.

The National Military Strategy of the United States of America 2015 was released by the Pentagon on July 1, raising questions about what kind of a world the US and its allies are determined to shape.

"This 2015 National Military Strategy addresses the need to counter revisionist states that are challenging international norms as well as violent extremist organizations (VEOs) that are undermining trans-regional security. We are working with allies and partners to deter, deny, and — when necessary — defeat potential state adversaries… Central to these efforts is strengthening our global network of allies and partners," the doctrine states.

© Flickr / kvitlauk
God-Like Power: US Takes Way of Destruction to Come Out on Top
Commenting on the Pentagon's document, US publicist and investigative historian Eric Zuesse hinted that the term "revisionist regime" in fact means "any government that is not an 'ally.'"

He pointed out that contrary to America's Founders' concept of non-interference, the United States is currently forming dubious anti-BRICS alliances in the Asia-Pacific and in Europe.

© AP Photo / Katsumi Kasahara
Dazed and Confused: Pentagon Sees Future as 'War, War and More War'
The investigative historian cited George Washington, who said: "It is our true policy to steer clear of permanent alliances with any portion of the foreign world"; and also quoted the famous phrase by US President Thomas Jefferson who stated: "Peace, commerce, and honest friendship with all nations — entangling alliances with none."

"That's very important to Wall Street, but America's many invasions for the benefit of Wall Street haven't been proud moments in American history — and didn't do the American public any good at all," the publicist remarked, adding that "the billionaires have done very well under his rule, but the general American public has not."

BRICS/SCO Photohost
BRICS Summit Marks Transformation of Old World Order Into New Reality
On the other hand, the strategy is calling for Americans to prepare for an endless war, US journalist Mike Whitney noted. The journalist pointed out that in contrast to Russia and China, which are developing the plan of an integrated Eurasian trade zone aimed at creating new jobs and facilitating the prosperity of Eurasia's nations, Washington "has no strategy for the future, no vision of a better world," but "only death and destruction ahead."

Furthermore, while previously the US military forces were involved in counter-terrorism campaigns, the 2015 military doctrine regards "state actors" as a new target.

© AFP 2020 / RAIGO PAJULA
Washington Using Russia as Bogeyman to Breathe New Life in NATO
"For the past decade, our military campaigns primarily have consisted of operations against violent extremist networks. But today, and into the foreseeable future, we must pay greater attention to challenges posed by state actors," the document reads.

The experts emphasized that the White House's main goal is to "keep the empire intact."

In order to accomplish this task, Washington will do whatever it takes, from invading other nations to overthrowing legitimate governments, while indistinct formulations of its military doctrine will justify all its actions.