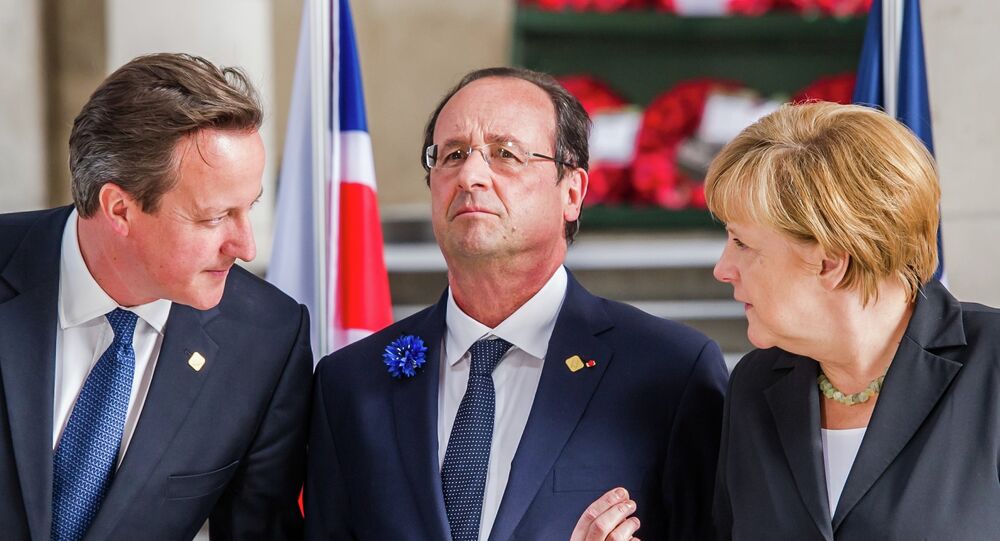 Western leaders are so blinded by their hatred toward Russia and Vladimir Putin that they have started taking absurd and miscalculated steps, French journalist Ronald Zonca said in Boulevard Voltaire.

Instead of building a favorable economic partnership with the BRICS members, the West alienates a potential ally in Moscow. If France continues to thoughtlessly follow NATO policies, soon everyone in the world will hate it, as they do the United States, Zonca said.

Instead of trying to work out a deal with the BRICS members, the EU prefers to close itself in "Brussels' coffin."

© Sputnik / Alexei Danichev
Putin: Russia Ready to Cooperate With West Despite Work With BRICS, Latin America
Western leaders long ago became the "bundles of hatred" who blindly force NATO principles on everyone. Russia became the target of this policy of hatred because it has an independent position established by the interests of the Russian people, the French journalist said.

European leaders envy Vladimir Putin. Compared to him, they feel their mediocrity and weakness, dictated by their service to NATO and the United States. The Russian President has overwhelming support among his own people, something most Western leaders lack. The only thing European leaders can do is try to undermine Putin's popularity and charisma. They envy the Russian leader and their hatred towards him and Russia only keeps increasing. People tend to hate things that they can't have themselves, Zonca explained.

BRICS Countries Are Stronger Than the West – German Newspaper

BRICS, AIIB Not a Challenge, But a Wake-Up Call for West – IMF Executive