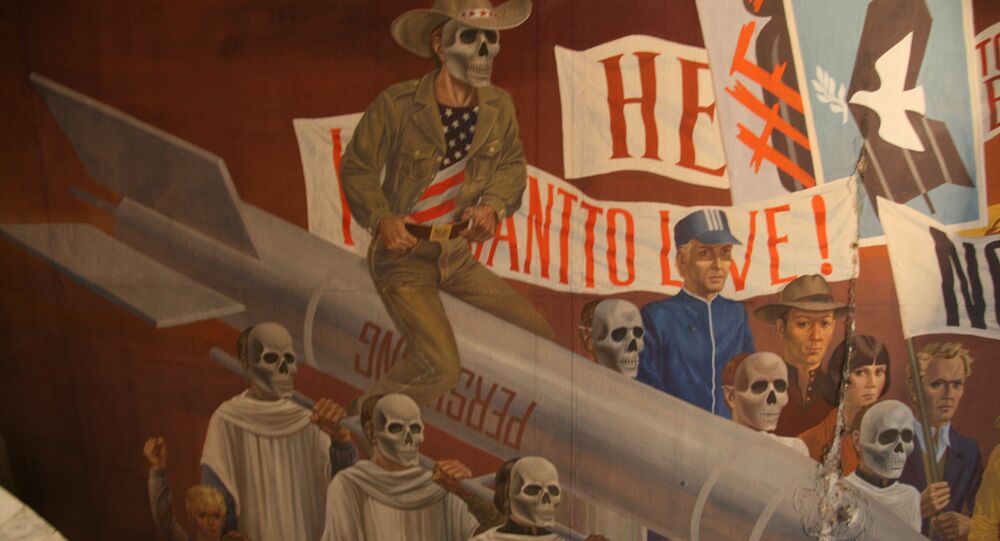 Pursuing its global domination goal the United States has obviously chosen the wrong path: instead of facilitating growth of the world's nations, Washington has taken the way of destruction.

© AFP 2020 / FILIPPO MONTEFORTE
Why Obama Administration Neglects American National Interests?
There are two ways to come out on top; the first one — to compete fairly, developing your skills and earning universal respect; the other one — to undermine the positions of your contestants through destruction, prompting fear and animosity.

Embarrassingly, it seems the United States, also known as "the sole super-power" or the "global hyperpower" has chosen the latter way to ensure its global dominance.

Instead of building some local or global structures, facilitating the development of other nations, the United States has devoted itself to perpetual destruction.

"Now, it seems as if breaking is all it can do, or how to explain the fact that, in this century, the planet's sole superpower has specialized-see Iraq, Yemen, Libya, Afghanistan, and elsewhere-in fracturing, not building nations," as American publicist and a creator of the Tomdispatch.com website Tom Engelhardt underscored.

© Sputnik / Alexei Druzhinin
Sino-Russian Alliance Acquires New Meaning in Face of New Global Conflict
In addition to all-out military conflicts, Washington has been waging economic wars, imposing sanctions and doing whatever it takes to restrain the economic growth of its potential competitors worldwide.

After Washington's main rival, the USSR, collapsed, the United States obviously lost its chance to win the hearts and minds of peoples of the world, luring itself into a series of endless wars and overseas interventions and consigning to oblivion its own domestic problems, such as growing inequality, a fading middle class and severe racial tensions within the country.

"Between 2000 and 2010, 55,000 US factories closed and 5 million to 6 million manufacturing jobs disappeared. Columnist Terry Jeffrey writes that, since 1979, the year of maximum US manufacturing employment, "The number of jobs in manufacturing has declined by 7,231,000 — or 37 percent,"" US conservative political commentator Patrick J. Buchanan pointed out this May.

© AFP 2020 / SAUL LOEB
It's Not the Economy, Stupid: US Needs TPP to Contain China
However, although the United States currently has no rivalries that do really threaten its security and have the most advanced weaponry and its nuclear arsenal, which gives the nation almost "God-like power to destroy," unfortunately, it has proven incapable "of applying its overwhelming military and economic power effectively," Mr. Engelhardt noted.

Does it mean the United States is now over the hill, facing the decline of its power?

"The American Century, proclaimed so triumphantly at the start of World War II, will be tattered and fading by 2025, its eighth decade, and could be history by 2030," J.R.W. Smail Professor of History at the University of Wisconsin-Madison Alfred W. McCoy warned in 2010.

Whatever the answer would be, it is clear that while rushing to come out on top the United States has obviously chosen the wrong path.

Bye, Uncle Sam? Saudi Arabia, Russia Have More In Common Than You Think

Is US Pledge to Be the World Leader Just Wishful Thinking?