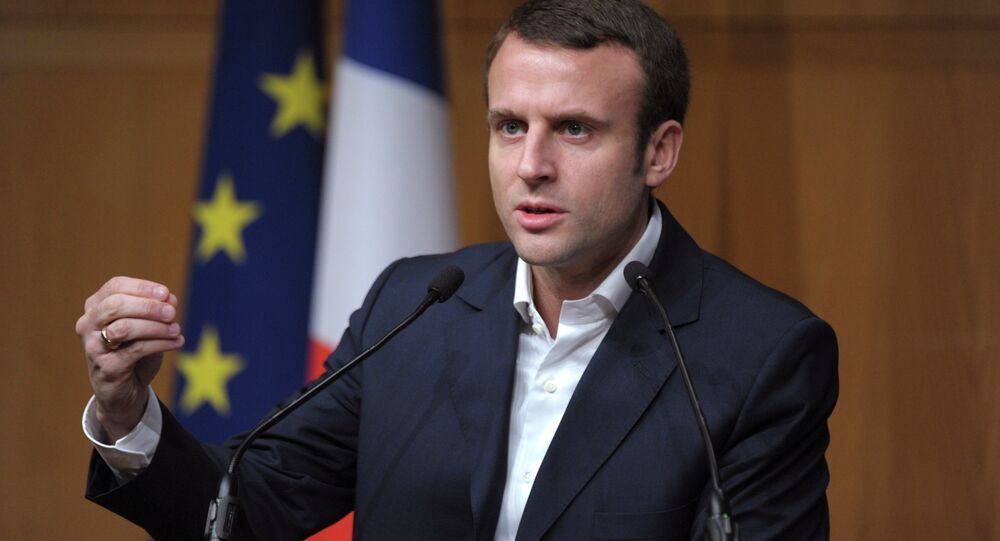 France needs to return to monarchy, as democracy is incompetent and brings the country down, French Minister of Economy Emmanuel Macron told Le 1 Hebdo magazine in an interview according to Le Figaro.

Macron regrets that the role of king is absent from French politics.

"Democracy always implies some kind of incompleteness because it isn't sufficient in itself," the French Minister of Economy said, according to Le Figaro.

French political life is missing a strong figure, someone who could decisively lead France. It's the moment a new Napoleon appears, Macron said.

© Sputnik / Sergey Guneev
Former French President Supports Putin, Criticizes Hollande
Ever since the death of General Charles de Gaulle, the French public has been questioning the leadership of their presidential figures and the nature of French democracy, Macron told Le 1 Hebdo.

Macron isn't the first big French political figure who openly criticized the weakness and indecisiveness of current president Francois Hollande. Former French President Valery Giscard d'Estaing criticized Hollande for being on Washington's tight leash and doing what the White House tells him to do instead of defending his country's national interests.

Democracy Is Dead. What Next?