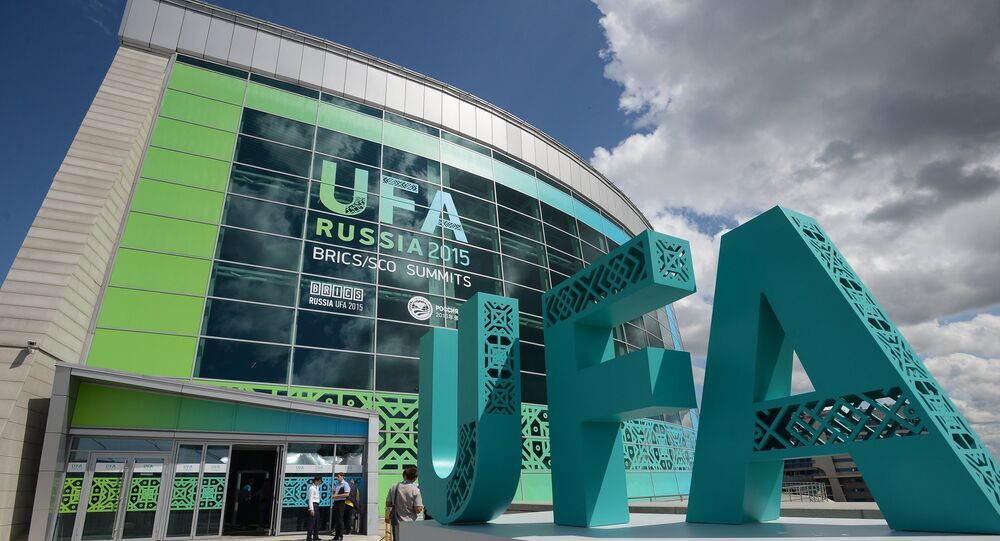 The heads of Brazil, India, China and South Africa will meet under the leadership of Vladimir Putin in Russia’s Ufa for the seventh annual BRICS summit that kicks off today.

This year's BRICS meeting is as important as ever. The summit carries more of a political meaning to it, rather than purely economic, as all participants recognize that both political and economic power is currently shifting away from the West, the United States in particular, towards other parts of the world, French Le Monde reported.

The Russian President plans to use the summit to further increase Russia's political influence in the world. Meanwhile, China is also up for an important task — to strengthen the BRICS' political connections and establish itself as the world's second largest economy, Le Monde said.

Host photo agency
Success of BRICS Bank May Inspire Creation of SCO Bank
The 2015 summit will be marked by the launch of the New Development Bank (NDB). The agreement on the creation of the NDB was signed on July 15, 2014, at the 2014 BRICS summit in Fortaleza, Brazil. The NDB is seen as an alternative to Western banking systems and is intended to support infrastructure projects in the developing countries.

The BRICS members established a $100-billion liquidity reserve to maintain the bank's financial stability. China made the biggest contribution — $41 billion, India, Brazil and Russia are expected to dish out $18 billion each, while South Africa will give $5 billion.

Russia, currently holding the annual presidency in BRICS, attaches great importance to the development of interaction with BRICS member states and considers these relationships a foreign policy priority.