Washington’s troop withdrawal from Iraq left a vacuum that allowed for the creation of the radical Islamic State, US Representative to the Organization for Security and Co-operation in Europe Parliamentary Assembly Roger Wicker told Sputnik on Tuesday.

HELSINKI (Sputnik) – Wicker said that the United States needs to work with regional partners in order to uproot the Islamic State and should not just announce “promises” to them.

“I think the Islamic State arose because our current administration in Washington withdrew precipitously and left a vacuum in Iraq and allowed this radical state to arise. I think it was a mistake on the part of this Obama administration. I wish we could turn back the clock but we can't,” US Senator Wicker said in an interview. 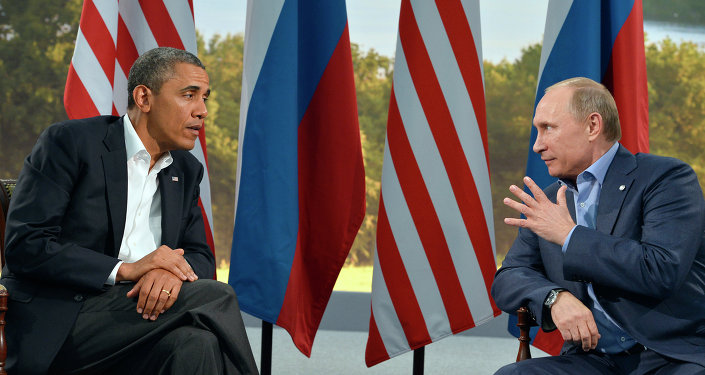 © AFP 2019 / JEWEL SAMAD
Putin Confirms Russian Position on Syria in Conversation With Obama
“The United States should be willing to work with local and regional partners to stop the IS [ISIL]. IS is not going to be defeated by promises alone, by words alone and negotiations alone,” Wicker said.

He said that a large coalition is needed in order to defeat the radical terrorist group.

“The Islamic State has to be defeated militarily and the sooner we come to this grim realization, the better off we’ll be. It is not a task we hoped for or welcomed, but a broad coalition of countries that believe in stability and the rule of law has to step forward and defeat this group militarily,” he added.

A regional coalition in the Middle East is needed in order to conquer the Islamic State, but Syrian President Bashar Assad’s regime should not be included in it, Wicker told Sputnik.