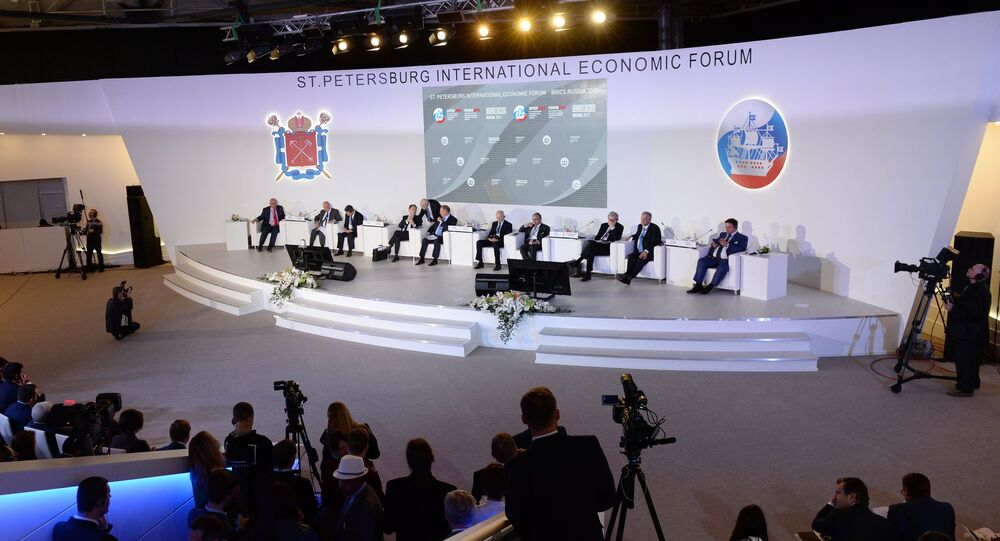 The meeting of the BRICS Business Council (BC) with the participation of working groups ended in Moscow on Monday, with the chairmen of all five national BC chapters expressing their satisfaction with the work.

MOSCOW (Sputnik), Alexander Mosesov — Ahead of the meeting, simultaneous meetings of the five Working Groups on Infrastructure, Manufacturing, Financial Services, Energy and Green Economy, and Skills Development were held.

Also, meetings of two new groups, the Agricultural Cooperation Working Group and the Working Group for Eliminating Administrative Barriers and Improving the Investment Climate were held for the first time.

The meeting of the BRICS Business Councils consisted of the welcoming speeches given by the five chairmen of national chapters, including the Russian Chapter Chairman, Andrey Katyrin, who coordinated the meeting, and the reports by the representatives of the working groups.

The Working Group on Infrastructure concentrated on physical connectivity of BRICS countries, the New Development Bank, as well as on the scientific cooperation in the sphere of infrastructure.

The Manufacturing Working Group’s representative spoke of non-tariff barriers and free trade practices, and the Financial Services Working Group focused on the initialization processes of the New Development Bank and strengthening investment ties between BRICS countries.

The Energy and the Green Economy Working Group focused on the security, affordability and sustainability of the energy supply, while the Agricultural Cooperation and the Skills Development Working Groups’ representatives spoke of the need to enhance the innovation and high-technological processes in BRICS countries.

All participants of the meeting expressed their content with the work done and stressed the need to carry on with joint work and dialogue between the five countries.

Established in 2013, the BRICS Business Council serves as a platform for boosting economic, trade, business and investment ties among the five member states’ business communities.

The heads of the council’s working groups report on the results of their cooperation throughout the year and outline future plans and areas of collaboration.

Following the BRICS Business Council, delegations from Brazil, Russia, India, China and South Africa will head to the Russian city of Ufa for the 7th BRICS Summit on July 8-9.

Putin to Meet With Heads of Pakistan, Afghanistan During BRICS, SCO Summits