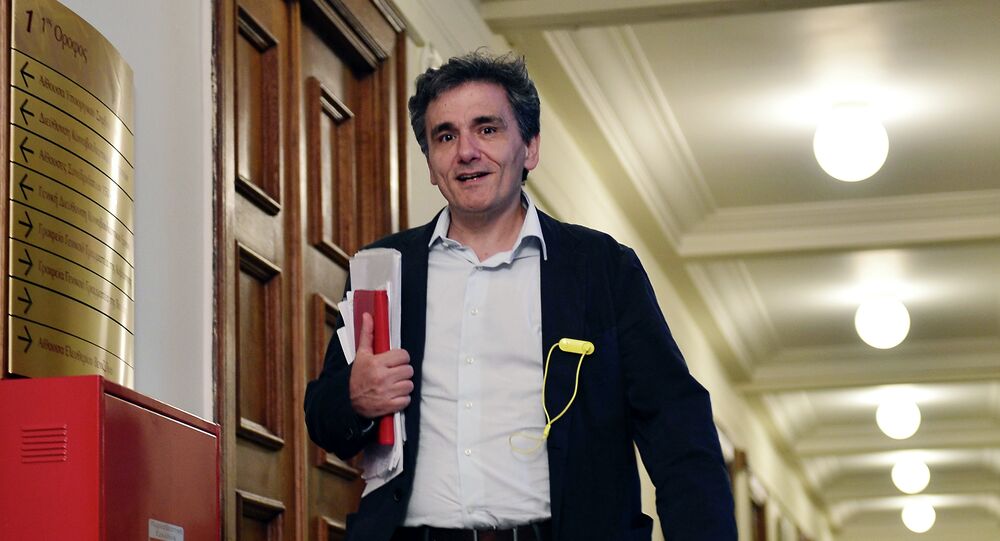 © REUTERS / Dimitris Michalakis
Varoufakis Resignation is a Result of European Pressure – Greek Politician
MOSCOW (Sputnik) — According to the Skai radio, Tsakalotos, who headed Greece's negotiation team in talks with the creditors, will be sworn in soon, replacing Yanis Varoufakis.

Varoufakis announced his resignation on Monday, a day after more than 61 percent of Greek voters rejected in a referendum the proposals of the country's creditors over the financial aid in exchange for economic austerity measures.

The outgoing minister explained his decision, saying he felt that a new Greek negotiator at talks with Eurozone finance ministers would help break the current impasse.

Athens and its major creditors – the International Monetary Fund (IMF), the European Central bank (ECB) and Eurozone countries – have been unable for months to agree on the terms of a new bailout package for cash-strapped Greece, leaving it on the brink of a euro exit.