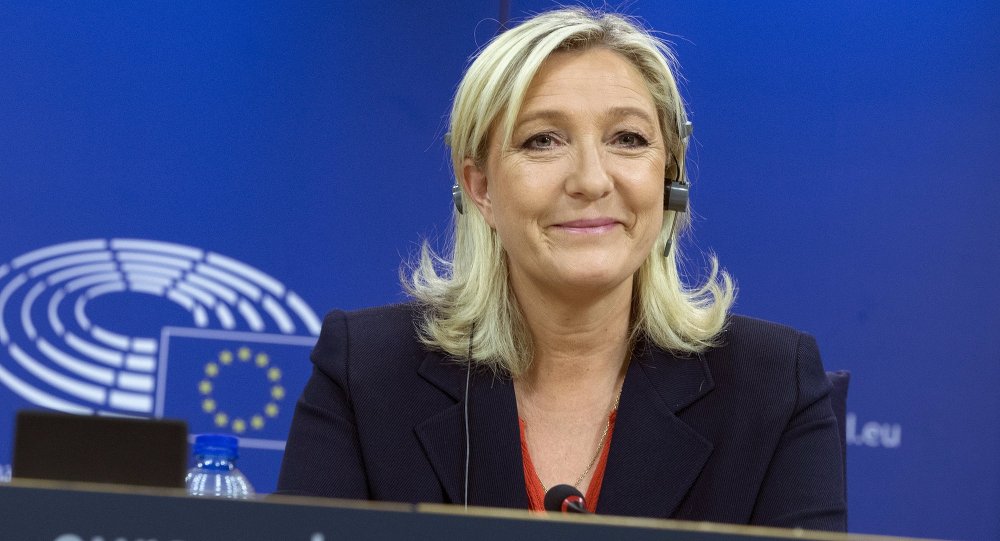 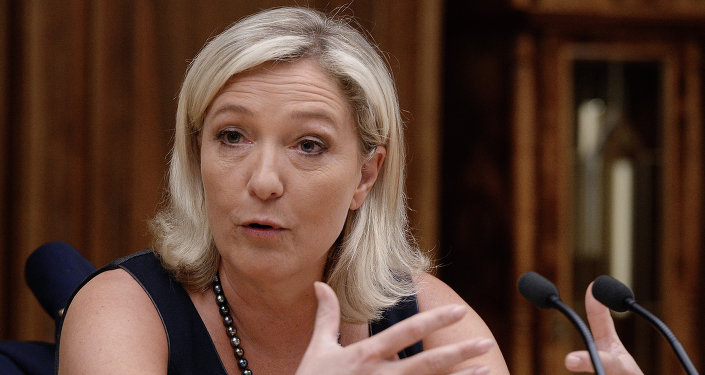 © Sputnik / Ramil Sitdikov
Marine Le Pen Calls Greek Austerity Measures 'Debt Slavery'
"The real question is whether we want to continue to live in democracies or if we agree to live in what seems to be more of a cult?" the outspoken politician asked during an interview with the French media, adding that Brussels exerted "an unprecedented pressure on the Greeks."

The outcome of the Greek referendum provided an answer to this question, according to Le Pen.

Le Pen praised the Greferendum results calling them a victory against "the European Union oligarchy." On Sunday, more than 60 percent of Greek voters voiced their support for the government of Alexis Tsipras and rejected the terms of a bailout deal offered by the international lenders.

"It is a 'No' vote of freedom, of rebellion against European 'diktats' of those who want to impose the single currency at any price, through the most inhuman and counter-productive austerity," Le Pen said in a statement.

According to the National Front leader, the "No" vote "must pave the way for a healthy new approach" to the single European currency, austerity measures and the economic recovery. She reiterated that putting an end to the Eurozone would be an essential step to tackling economic troubles plaguing European nations.

"European countries should take advantage of this event to gather around the negotiating table, take stock of the failure of the euro and austerity and organize the dissolution of the single currency system, which is needed to get back to real growth, employment and debt reduction," the right-wing politician pointed out.