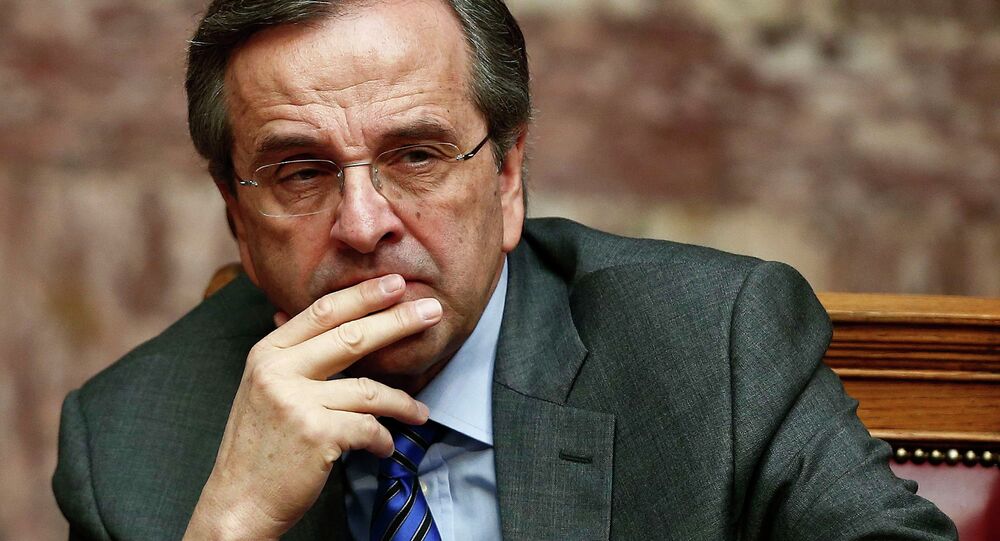 Dora Bakoyannis, a member of the Greek New Democracy party that had supported austerity measures in the country demanded on Sunday the resignation of party's leader Antonis Samaras after the bailout referendum in the country.

© REUTERS / Stefanos Rapanis
Greferendum First Official Data: Over 60% of Greeks Reject Creditors' Proposals
ATHENS (Sputnik) – According to the Athens New Agency, Bakoyannis said she was ready to leave the party herself should Samaras consider it a struggle for power.

On Sunday, Greeks held a nationwide referendum on whether the country should accept its creditors' demands for additional austerity measures.

With over 50 percent of votes counted, some 61.24 percent of Greeks said "No" to the bailout proposals tabled by the country's international creditors.

Greece is one of the countries hit by the 2008-2009 financial crisis. The country’s overall debt stands at about $350 billion, of which $270 billion is owed to the European Central Bank (ECB), the International Monetary Fund (IMF) and some Eurozone countries.

On June 30, Athens failed to make a $1.7-billion repayment to the International Monetary Fund (IMF), causing the country to default on its IMF debt.