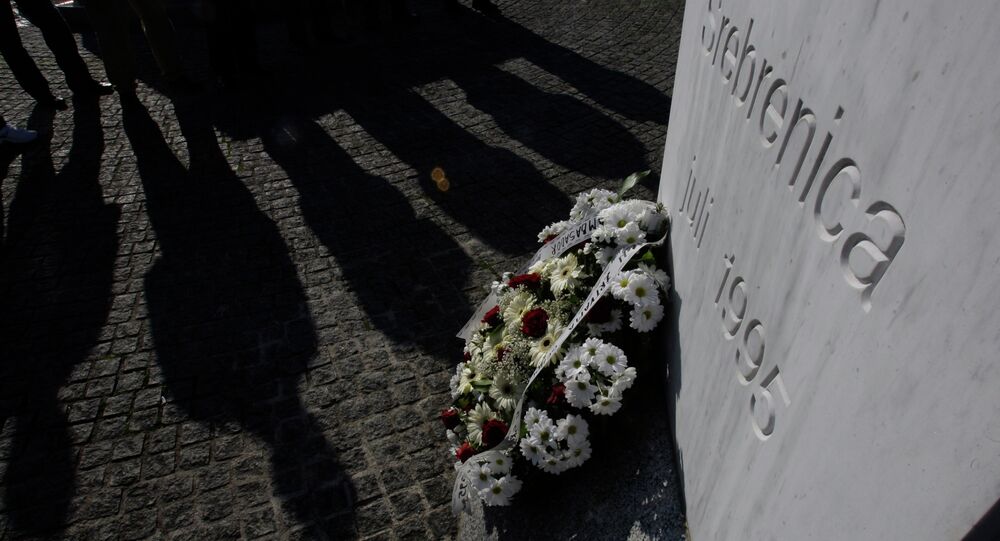 MOSCOW (Sputnik) — The United Kingdom presented the fourth draft of the resolution earlier this week, but Serbia considers the text inappropriate.

The document names the Srebrenica massacre “a genocide” 27 times, while using the word “reconciliation” 7 times only.

© AP Photo / Sulejman Omerbasic
Srebrenica Massacre Suspects Arrested
The resolution is expected to be considered in the UN Security Council on July 7, four days before the 20th anniversary of tragic events in Srebrenica.

The Serbian president has sent letters to other heads of UN Security Council member states, as well as to UN Secretary-General Ban Ki-moon. The letters highlight that the resolution puts blame only on one side of the conflict, thus escalating tensions.

Earlier in the day, Serbian Prime Minister Aleksandar Vucic in an exclusive interview with the RTS said that if Russia decided not to veto a resolution, this would not be a tragedy, meaning that the country could only "rely on itself.

In June, Russian Foreign Minister Sergei Lavrov said that the resolution on Srebrenica proposed at the UN Security Council could trigger new ethnic friction in the Balkans.