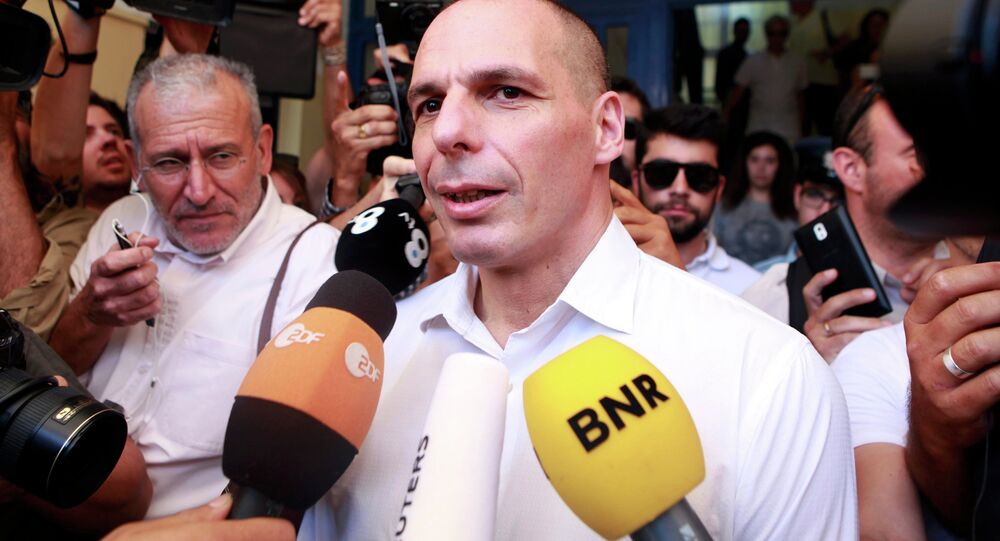 Greek Finance Minister Yanis Varoufakis reiterated on Sunday his intention to resign if Greece’s referendum on the creditors’ bailout plan results in a "Yes" vote.

On Sunday, Greeks took to the polls to vote on whether the country should accept the creditors' bailout plan that presupposes significant spending cuts and tax increases in exchange for additional financial aid.

Varoufakis said on Saturday the eferendum was an opportunity to bring democracy back to the Eurozone, adding that a "No" vote would present a unique opportunity to return to reasonable suggestions from the creditors.

Greece owes some $270 billion of its total $350-billion debt to its main international lenders, including the European Central Bank, the International Monetary Fund (IMF) and some eurozone nations.

On June 30, Athens failed to transfer a $1.7-billion loan repayment to the IMF before the expiry of the aid package. Several rounds of talks between Greece and its international creditors on the country's debt settlement had taken place before the decision to hold a nationwide referendum was made, resulting yet in no agreement.