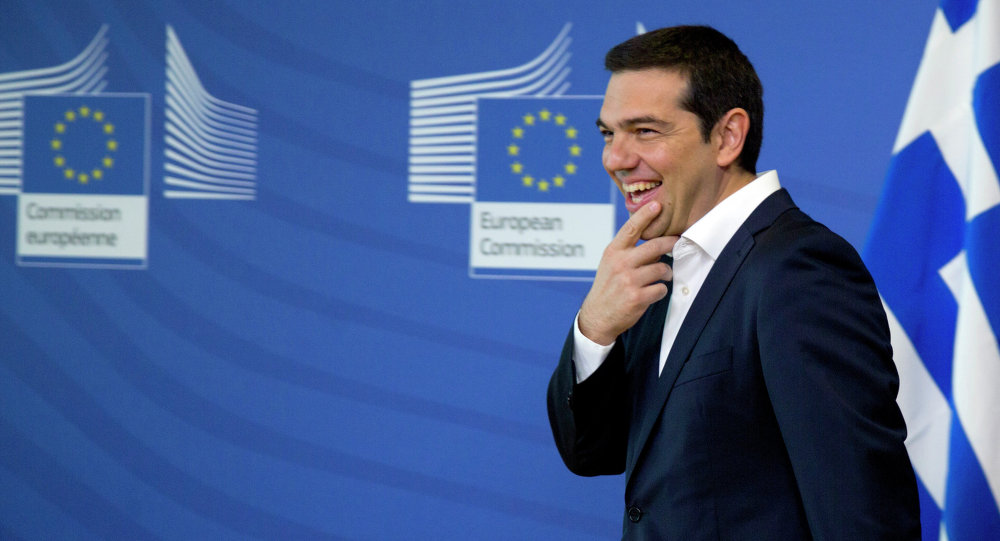 Tsipras Promises to Strike Bailout Deal Within 48 Hours After Referendum

"We will have an agreement within 48 hours after the referendum. The banks will open shortly after the agreement is reached," Tsipras said in an interview with ANT1 television.

Tsipras reiterated that he was ready to compromise with creditors.

"I am ready for compromise as long as it leads to viable solutions," he stressed.

Tsipras and his anti-austerity administration are actively lobbying for a 'no' vote in Sunday's plebiscite, hoping to send a message to creditors that the Greek public rejects painful economic reforms.

© AP Photo / Oded Balilty
China May Aid Greece Directly - Think Tank Expert
He indicated previously that he may step down as prime minister in case of a 'yes' vote, saying that he is not an "all weather" leader.

In its latest report, the International Monetary Fund assessed Athens' new financial needs stood at $56 billion over the next three years starting in October.