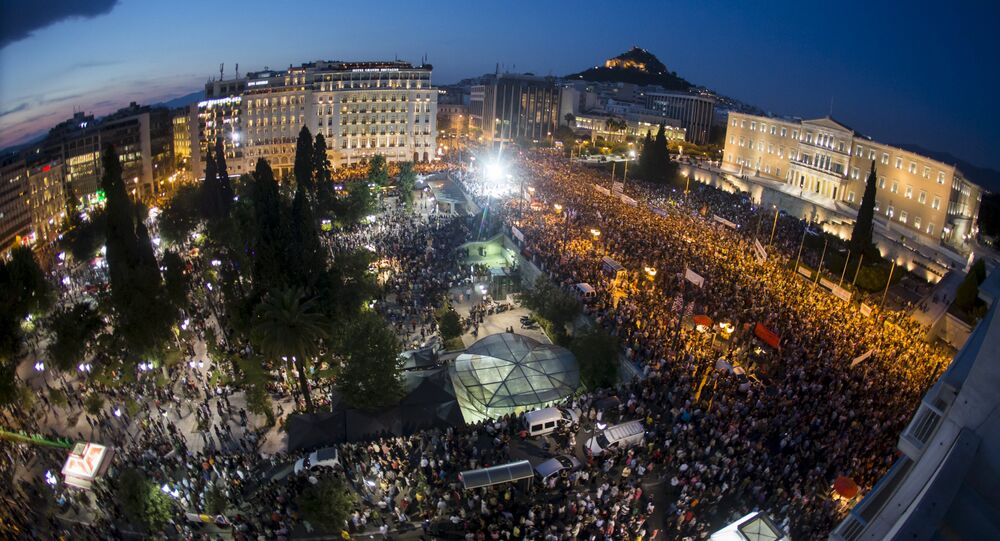 Greece is still awaiting proposals from its international creditors that could lead to a sustainable solution to its debt crisis, a Greek government source said Tuesday.

© REUTERS / Dado Ruvic
No Dra(h)ma: Greek Government Denies Claims of Return to National Currency
ATHENS (Sputnik) — Athens risks defaulting on its debt to the International Monetary Fund, due on Tuesday, as it continues to grapple with its lenders' cash-for-reforms proposal to unlock the next bailout package. Greek Prime Minister Alexis Tsipras called a snap-referendum for the coming Sunday after the latest round of negotiations collapsed over the weekend.

"When we receive a credible offer that will not leave doubts about achieving a viable solution, we will be the first to take it," the source told reporters.

He underscored that all the draft proposals submitted by the creditors so far have been variations of an offer put forward earlier this month.

The Greek bailout referendum is set for July 5. What do you think the outcome will be?
Voted: 1986
All polls

"If it does not lead to sustainable debt, it is not worth mentioning. We want a viable solution."

Tsipras said earlier he rejected the creditors' latest ultimatum, which included additional austerity measures, and declared Sunday's referendum to let voters decide whether or not to accept the creditors' offer. Tsipras has put his weight behind a 'No' vote, while the European leaders are urging the Greek public to vote 'Yes.'

The Greek leadership is continuing negotiations with the lenders to resolve its massive debt problem with the Tuesday night deadline, when the current bailout expires, edging ever closer.

Greek Tourism: Banks May Be Closed, But Sun is Still Shining