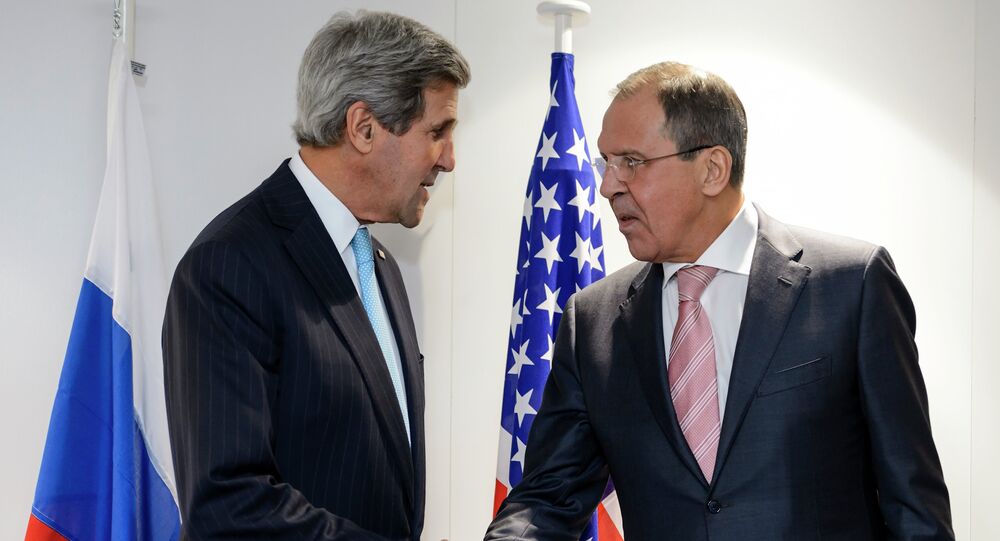 Tehran's nuclear program and global issues will be in the spotlight of talks between John Kerry and Sergei Lavrov.

"Iran and other issues," Harf said when asked about the top diplomats' agenda in Vienna.

June 30 is the deadline for Iran and and the P5+1 group of international negotiators, comprising Russia, the United States, China, France, the United Kingdom and Germany, to reach a deal on Tehran’s nuclear program.

The West has long accused Iran of trying to develop nuclear weapons under the guise of a civilian nuclear program, and imposed several rounds of sanctions against it. Iran has denied such allegations, stating that its nuclear activities had solely civilian applications.

© AFP 2020 / BEHROUZ MEHRI
Reaching Deal on Iran Nuclear Program to Benefit Everyone
In April, the sides reached a framework agreement for the final deal, ensuring the peaceful nature of Tehran’s nuclear program and the gradual lifting of the sanctions.

In spite of Tuesday being the final day for reaching a deal, several differences remain between Iran and P5+1, such as the the timing of the lifting of the sanctions and the scale of the International Atomic Energy Agency's inspections of Iranian sites.