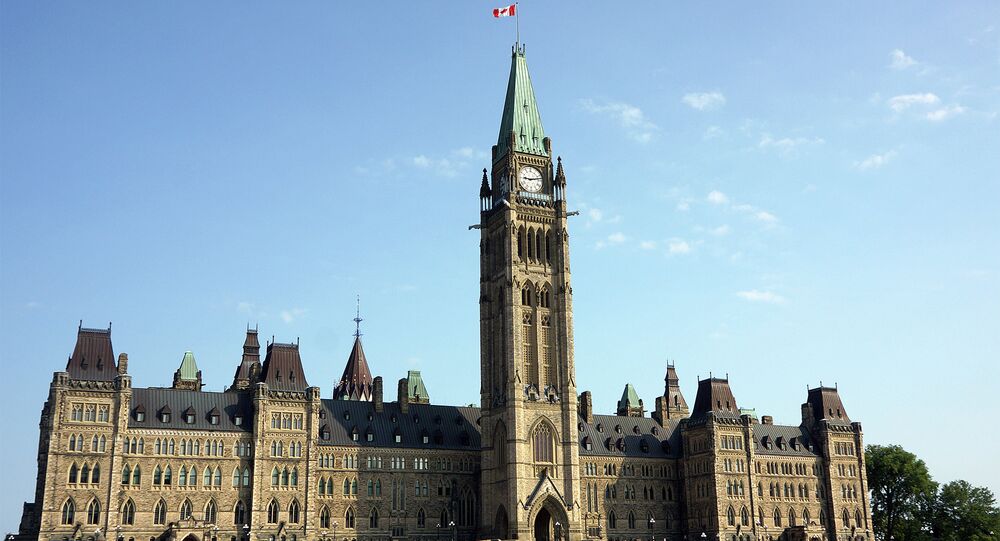 New Canada's sanctions against Russia continue a confrontational course towards Moscow and hinder bilateral cooperation, a spokesman of the Russian Embassy in Ottawa said Tuesday.

"This counterproductive step, motivated by the pursuit of votes, encourages the "war party" in Kiev and destroys the substance of the Russian-Canadian relations,” Kirill Kalinin said.

He added that, by imposing sanctions, Ottawa continues to hinder bilateral cooperation in such vital areas as the Arctic and the fight against international terrorism, and undermines business relations.

"It is a high time for Canada to reverse this deadlock confrontational course and return to common sense, pragmatism and diplomacy," the diplomat pointed out.

According to the amendments published on the website of Foreign Affairs, Trade and Development Canada, the companies added to the blacklist include Russian energy giants Gazprom, Gazprom Neft, Surgutneftegas and Transneft as well as the Night Wolves Motorcycle Club.

© Flickr / Stephen Harper
Canada Adds 3 Individuals, 14 Legal Entities to Anti-Russia Sanctions List
Canada introduced its sanctions or the so-called Special Economic Measures against Russia on March 17, 2014 following the Crimean referendum, on which the majority of voters backed seceding from Ukraine and reuniting with Russia. Since then the blacklist was expanded three times. At the moment it includes 91 individuals and 57 companies.

In August 2014, Russia responded to the Western restrictions by announcing a year-long ban on certain agricultural imports from the countries that imposed sanctions against it, including Canada. Earlier this week, in light of European Union's decision to prolong the anti-Russia sanctions, the Russian government has prolonged its import ban for another year.