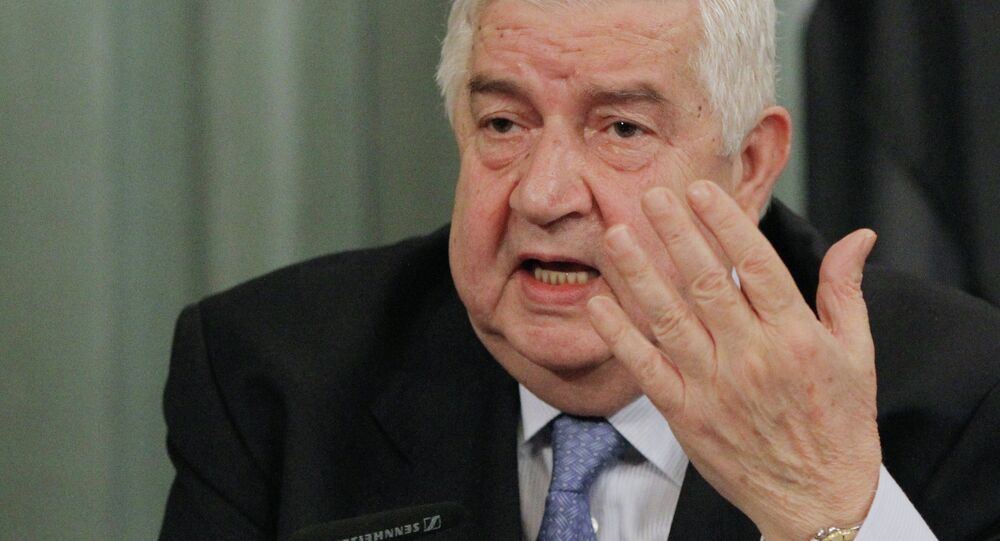 Syria is ready to join forces to roll back terrorism with other nations in the Middle East and expects Russian help with regard to the issue, Syrian Foreign Minister Walid Muallem said Monday.

Syria’s top diplomat praised Russia’s contribution to promoting cooperation in the Middle East, but added that, "to create a coalition you mentioned, an efficient coalition of neighbor countries, we need even more effort."

"As you know, Syria’s main problem is the support offered to terrorists that are active in our country by neighboring nations. But we are ready – based on your efforts – to work toward cooperation in the fight against terrorism," Muallem said.

Syria has been mired in a civil war for four years, with the government fighting on multiple fronts, against opposition aiming to displace President Bashar Assad.

A number of Western countries have long been vocally supportive of what they call "moderate" rebel fighters, while Russia has repeatedly stated that Assad is the legitimate president of Syria.

Two rounds of negotiations have been held between the Syrian government and the country's moderate opposition earlier in the year in Moscow. The sides agreed on an agenda, defining a negotiating framework for future talks on ending the civil war in the country.