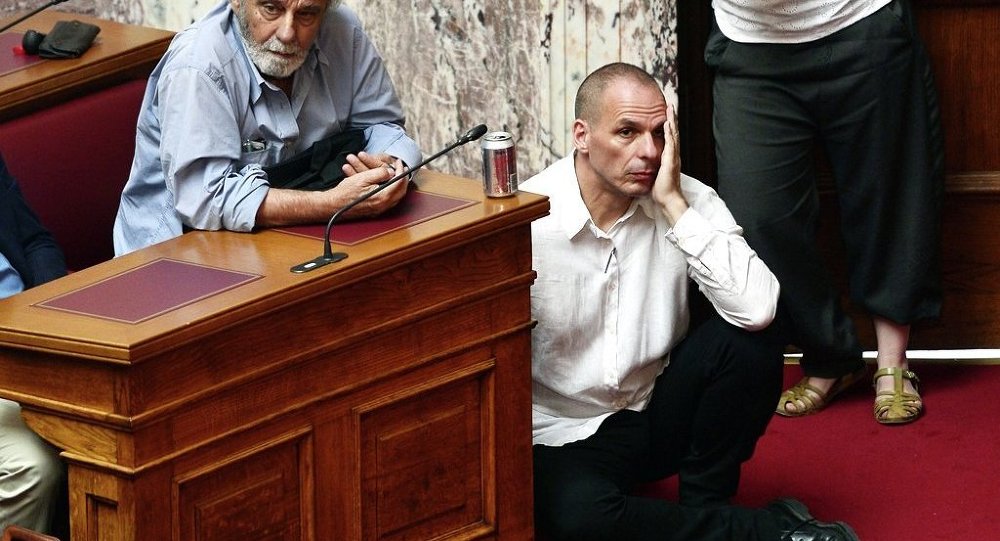 Russia is concerned over the possible negative consequences of the Greek crisis for the entire European Union, Kremlin spokesman Peskov said.

“You know of course, that Moscow is watching very closely how the events are developing in the European Union in regard to Greece’s crisis,” Peskov told journalists.

“We are of course experiencing concern over the possible negative consequences for the entire European Union space.”

© AFP 2019 / ANGELOS TZORTZINIS
Tsipras: Bank of Greece to Suspend Bank Service, Introduce Capital Controls
Greece has been in talks with its international creditors to reach a new bailout deal in exchange for deeply unpopular austerity reforms, as the country’s debt stands at around $350 billion.

The talks failed to yield results, and Greece has announced a national referendum on July 5 for voters to decide whether to accept a new bailout deal offered by the creditors.

The current Greek bailout program expires Tuesday. Failure to reach the deal could result in Greece’s default and a potential exit from the Eurozone.