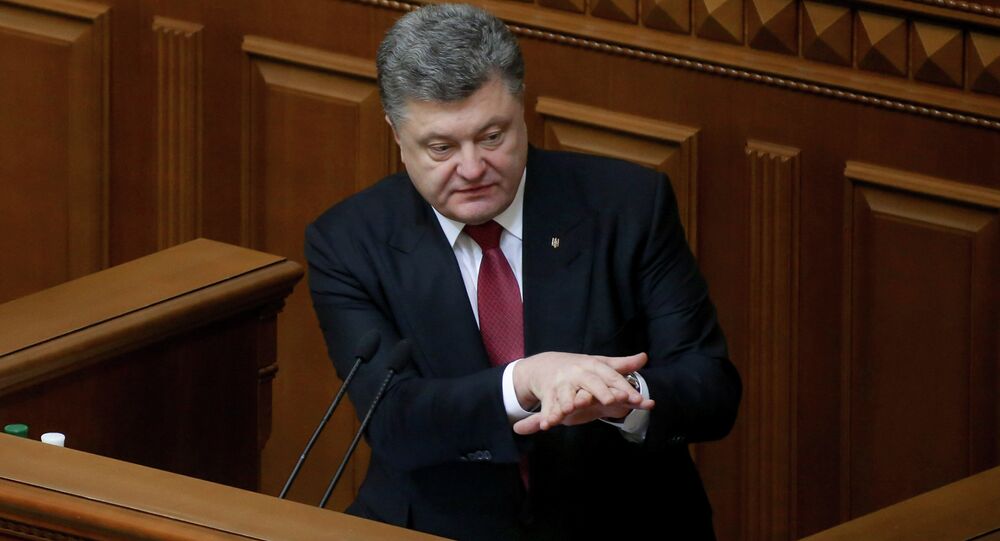 Ukrainian President Petro Poroshenko claimed that constitutional amendments, including decentralization of power, were necessary for the country to join the ranks of "successful countries."

Ahead of the 19th anniversary of the Ukrainian constitution marked on Sunday, Poroshenko said that he expected the country’s parliament to pass a bill on constitutional reforms to decentralize power in Ukraine by July 17.

The amendments, expected to come into force this fall, will significantly expand powers of local authorities. The Ukrainian president repeatedly stressed though that decentralization would never mean federalization.

"You must realize that the constitutional reform is an objective necessity, intended to ensure further development of our country, its full integration into the European community. [It would help us] to join the ranks of successful countries," the president said in a statement published on his official website.

© AP Photo / Sergei Chuzavkov
Poroshenko to Submit Decentralization Project to Parliament Next Week
He added that the country’s constitutional reform would be mainly aimed at upgrading living standards to the level of Europe, "building a strong state through welfare and sustainable development of communities."

Constitutional amendments in Ukraine, including the decentralization of power, were among the key points of the February Minsk agreements between Kiev and independence fighters in Donbas.