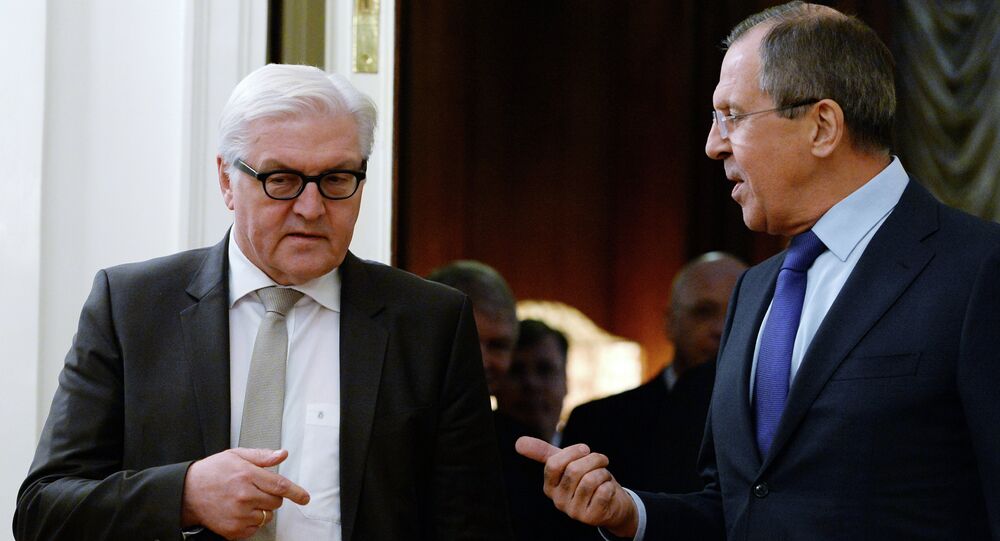 © Sputnik / Alexei Filippov
What is the Reason Behind a Thousand Year Old Divide Between Russia and West?
MOSCOW (Sputnik) — Iran and the six world powers – Russia, the United States, China, France, Britain and Germany – have until Tuesday to thrash out a final deal that will secure the peaceful nature of Tehran’s nuclear program in exchange for sanctions easing.

Asked by Germany’s Welt Am Sonntag newspaper if the West would have to thank Moscow for a deal with Tehran, should the current talks in Vienna succeed, the German foreign chief said that "Russia has its own interest in ending this conflict."

"So far, the Ukrainian conflict has had no impact on Russia’s stance at the negotiations with Iran. This conflict is one of several in the region and cannot be solved without Russia," Steinmeier told the outlet.

Steinmeier is due to arrive in the Austrian capital on Sunday to join in the final round of nuclear talks with Iran.

On Saturday, Iranian, French and US top diplomats held several bilateral meetings on the topic. Their Russian and British counterparts are expected later in the day, while China will most likely be represented by a deputy foreign minister.

"Germany can neither give up on nor isolate Russia. Russia is still one of EU’s and Germany’s largest neighbors, and will have a say in Europe’s future, for better or for worse," he explained.

Steinmeier added that further dialogue depends on Russia’s readiness to help end the conflict in Ukraine.

The Donbass conflict has killed more than 6,500 people since April 2014.