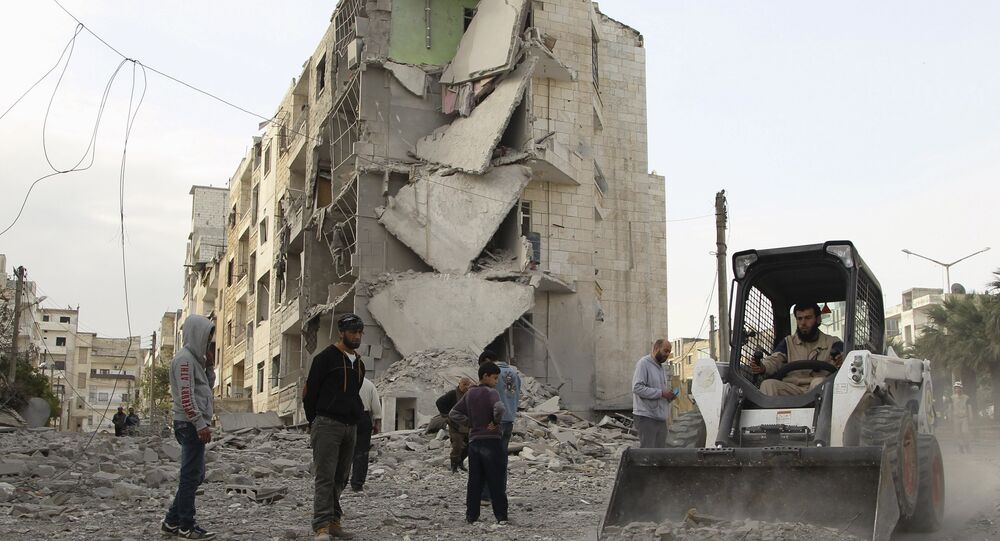 US to Provide Additional $360 Million in Syria Aid - State Department

The United States will contribute an additional $360 million in humanitarian aid to assist millions of internally displaced and refugee Syrians, the US State Department announced in a statement.

WASHINGTON (Sputnik) — The additional $360 million brings the total US contributions this year to $1.1 billion, and to more than $4 billion since the conflict in Syria erupted in 2011.

“[The aid] will provide shelter, water, medical care, food, protection and other necessities to millions of people suffering inside Syria and nearly four million refugees from Syria in the region. It also aids governments and communities throughout the region that are straining to cope with the mass influx of refugees from Syria.”

© REUTERS / Ali Sahin
Turkey Vows Vigorous Response to Any Security Threat From Syria
The humanitarian assistance will be divided between multiple international agencies and non-governmental organizations, including $131 million to the UN High Commissioner for Refugees (UNHCR) to provide basic necessities to refugees and internally-displace.

The UN Children’s Fund (UNICEF) will receive another $53 million to support the education of children who make up half of Syria’s refugees and displaced.

Funding will also be provided to Jordan, Lebanon, Iraqi Kurdistan, Turkey and Egypt to help them provide for nearly four million refugees. Non-governmental organizations will receive another $113 million.

The conflict in Syria has left nearly half the country’s population internally displaced or in refugee camps in neighboring countries.

What if Washington Allowed Assad to Stop Syrian War?