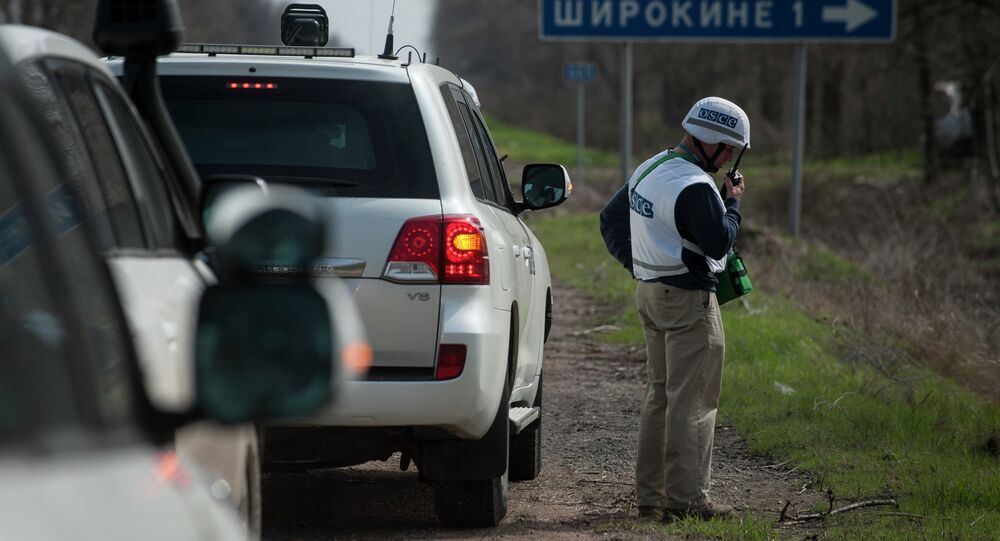 The Parliamentary Assembly of the Council of Europe (PACE) must be unbiased and impartial in its search for missing persons in Ukraine, a German lawmaker said during the PACE debate Thursday.

© Sputnik / Vladimir Fedorenko
Migration, Missing People in Ukraine to Dominate 4th Day of PACE Talks
STRASBOURG (Sputnik), Daria Chernyshova — Discussions by the assembly were held earlier in the day based on a PACE Committee on Migration, Refugees and Displaced Persons report adopted on June 3, addressing the growing number of people who have gone missing in the areas where there has been military action in the Donetsk and Luhansk regions of Ukraine, as well as in Crimea.

"It is important that we are neutral in our approach to the issue and that is certainly what the OSCE [Organization for Security and Co-operation in Europe] is doing," Andrej Hunko said, stressing the report, basis for a PACE resolution, is dominated by data from the Ukrainian side.

Hunko added that "the fate of missing or disappeared people is one of the most unfortunate secondary effects of war we are seeing now in Europe."

According to the lawmaker, the ceasefire in eastern Ukraine and implementation of February Minsk agreements is essential to pave the way to locating missing persons.

The PACE report notes that since the beginning of the conflict in eastern Ukraine in April 2014, more than 1,300 people have been reported missing, including soldiers, civilians and volunteers.