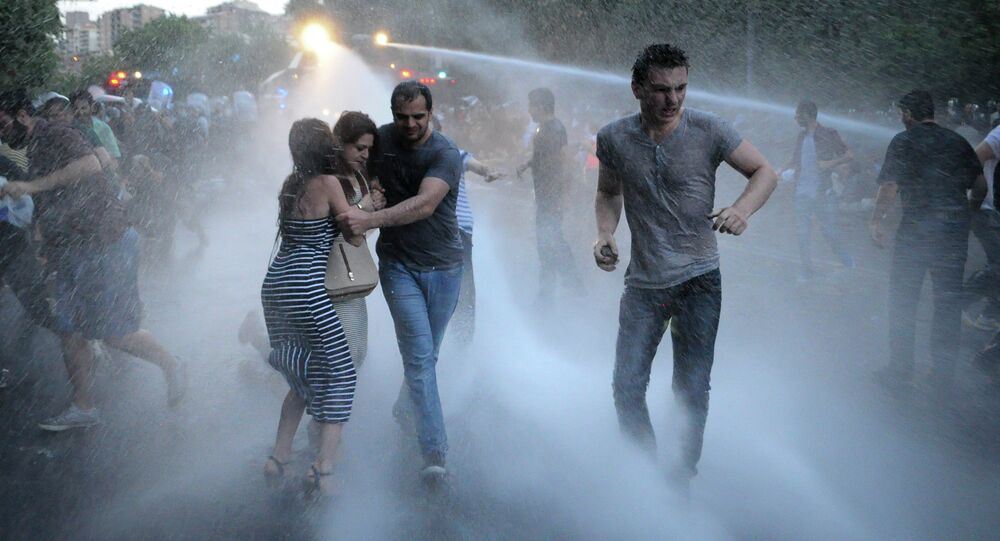 The chairman of the foreign affairs committee of Russia's upper house said that foreign non-governmental organizations (NGOs) may be orchestrating the current protests in the Armenia.

On Friday, mass protests were initiated in Yerevan, in response to household electricity price increases. On Monday and Tuesday thousands of protesters attempted to march to the presidential residence. Police detained about 240 people and dispersed marchers with water cannons.

“I do not exclude that in the end, the role and the hand of foreign NGOs will be proven to be behind these developments [in Armenia]. We watch this situation very closely,” Konstantin Kosachev told the Russian Rossiya-24 television channel.

Earlier in the day, foreign affairs committee member Igor Morozov asserted that the protests in Armenia are identical to the early stages of the coup in Ukraine and may be orchestrated by the United States.

A political crisis erupted in Ukraine in November 2013, when the country's authorities announced they would suspend a European integration process. Protests in Kiev spread across the country and led to a government coup in February 2014, forcing then-President Viktor Yanukovych to flee the country.