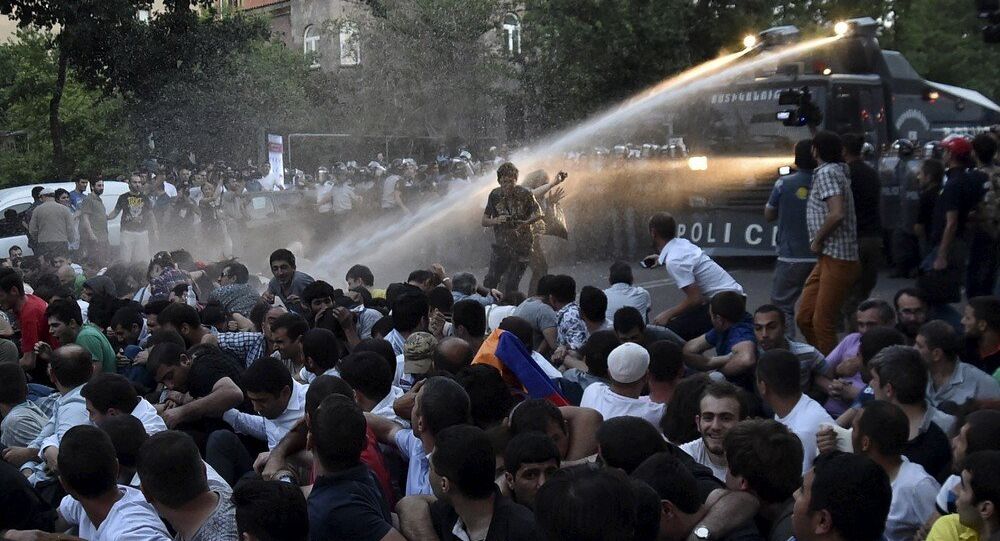 Police arrested 237 participants of Monday's protests against rising electricity rates in the Armenian capital of Yerevan, local media have reported.

Armenian media complained about police organs' use of "brute force and special equipment" in the operation to disperse the crowd, while police stated that they are preparing to charge some of the protesters with hooliganism.

As a result, some 5,000 protesters organized by the 'No to Plunder' group took to the streets of the city center, chanting "No to robbery!" and "Don't slip your hands into our pockets!"

Armenia, a landlocked country of 3.2 million in the Caucasus Mountains region, which straddles Europe and Asia, has suffered severe economic setbacks due to ongoing international disputes involving its neighbors.