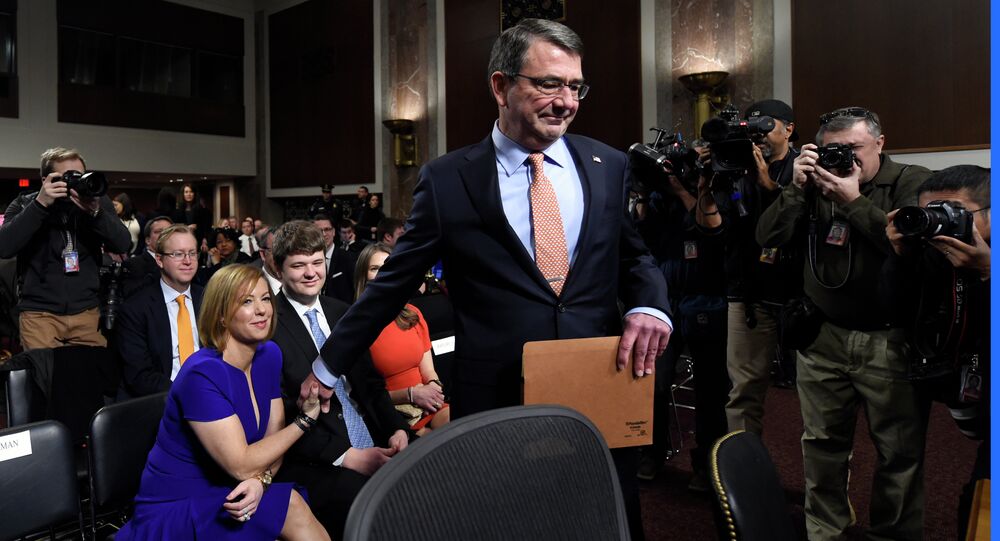 The United States is not going to make an enemy out of Russia, but will counter any effort by Moscow to reestablish the Soviet sphere of influence, US Defense Secretary Ashton Carter said in a speech at the Atlantik Brucke (Atlantic Bridge) conference in Berlin.

“We do not seek a cold, let alone a hot war with Russia. We do not seek to make Russia an enemy. But make no mistake, we will defend our allies… We will stand up to Russia's actions and their attempts to reestablish a Soviet-era sphere of influence.”

Since Crimea’s reunification with Russia, Carter asserted, the United States, NATO and the European Union (EU) “have made clear to Russia that its aggressive actions have no place in today's world.”

Russia, however, contends NATO has relentlessly expanded eastward breaking solemn commitments given by US leaders before the collapse of the Soviet Union, increasing the threat-level on its borders.

Moscow has pointed out it is the United States and the European Union that supported the violent coup toppling Ukraine’s democratically-elected President Viktor Yanukovych in February 2014, and this set off the secession of Ukraine’s two eastern provinces of Lugansk and Donetsk.

Since then, the Kiev successor regime of President Petro Poroshenko, backed by Washington, has used heavy artillery and air attacks against cities and villages in Eastern Ukraine.

Moreover, Russia has pointed out that more than 90 percent of Crimea’s voters chose to reunify with Russia through a democratic referendum.

Permission From Ukraine for Tourists to Visit Crimea 'Absurd' - Kremlin