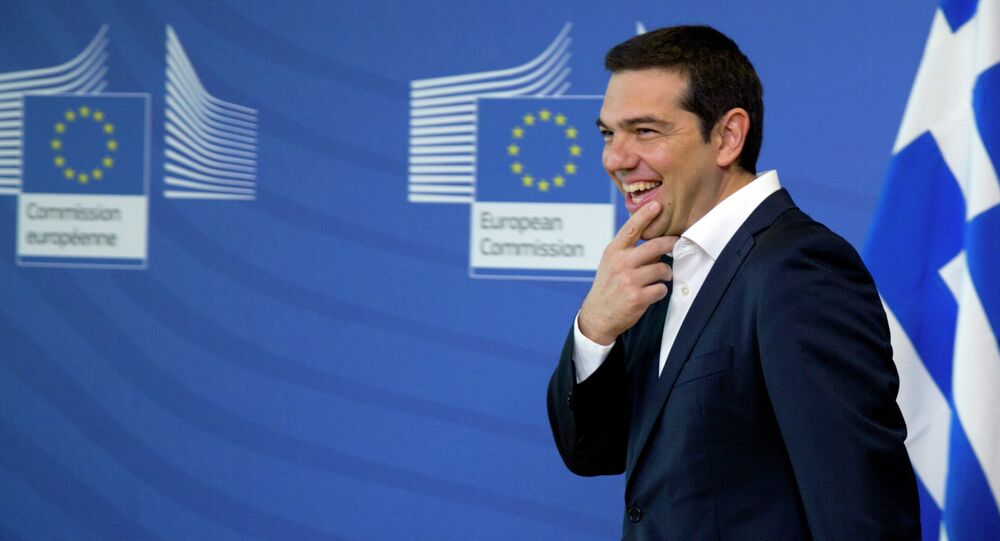 Greece and its money lenders will need two more days to discuss reforms proposals after the plan was accepted as a framework for further bailout talks, Prime Minister Alexis Tsipras said late Monday.

ATHENS (Sputnik) — In a statement cited by Greece’s Ekathimerini newspaper, the Greek government chief announced that negotiators "need more hours-long talks in the next 48 hours."

Tsipras said the new reforms package minimized the negative effect of austerity measures for pensioners and working people, and sought to protect middle-class families, according to the Greek outlet. Greek Economy Minister Giorgios Stathakis said assured the nation that businesses and the wealthy would now bear the brunt of increased taxes.

IMF chief Christine Lagarde told reporters late Monday that Greece’s new initiative would be enough to build on when negotiators meet Thursday for a new round of Eurogroup talks. Last Thursday’s meeting of Eurozone’s 19 finance ministers failed to make any progress.

Lagarde said the new proposal was more detailed, although negotiators needed another 48 hours to study it. She added they hoped to achieve a constructive result before long.

On Monday, key EU leaders and international creditors met with Tsipras in Brussels to discuss his latest reforms proposal, which European Council President Donald Tusk deemed as a major step. He told reporters on the heels of the EU summit creditors would need hours to study the plan, but its initial assessment was positive.

Eurogroup Meeting on Greek Debt Crisis Ends With No Agreement