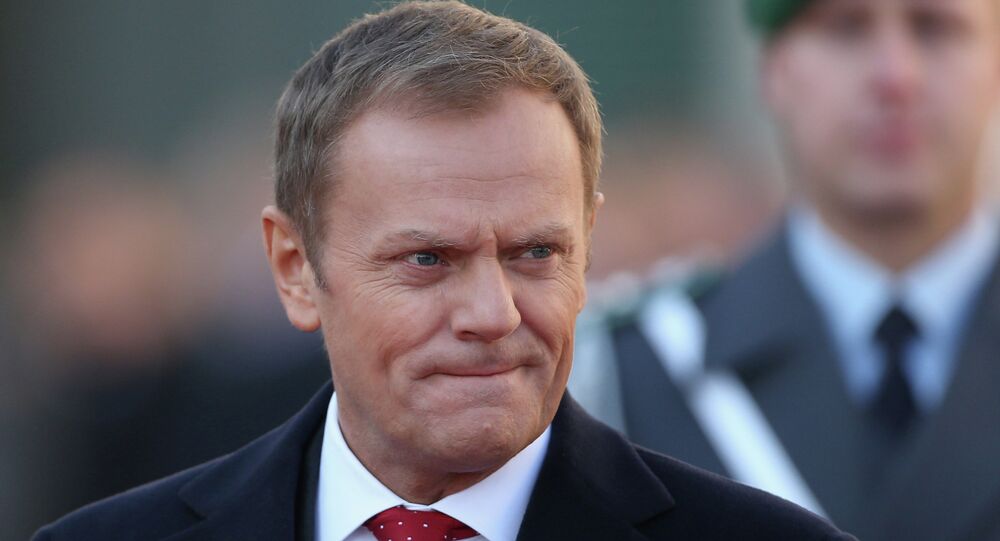 The International Monetary Fund, the European Central Bank and the European Commission, the three institutions that contributed most of all to bail out Greece, regard Prime Minister Alexis Tsipras’s recent reforms proposals as a positive step and will study them closer in the coming hours, European Council President Donald Tusk said late Monday.

© Flickr / European Council President
European Council Chief Tusk Urges EU Leaders to Prevent ‘Greeccident’
It needs to agree on a package of economic reforms to secure more than $8 billion in extra funding from lenders or default on its $1.8-billion IMF loan repayment, due at the end of this month. A default can push Greece out of the euro and possibly the European Union.

"As the last hours have shown, we can see all parties are fully committed to finding a solution. The new Greek proposals to the three institutions are a positive step, according to the initial assessment of the institutions. They will be further assessed over the coming hours," Tusk said at a press conference.

He added that Tsipras and the institutions "will work together now so that the Eurogroup can achieve a result on Wednesday evening that can be presented Thursday morning."

Majority of French Citizens Want Greece to Stay in Euro