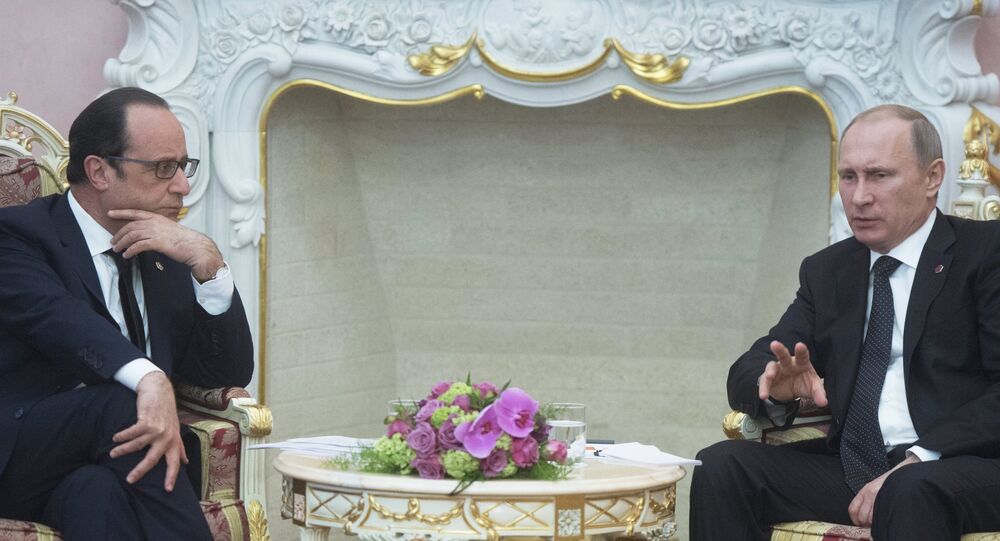 Interestingly, in the past the former French President had a reputation of being a pro-US Atlanticist thinker.

Giscard d'Estaing defended the "annexation of Crimea," stating that the peninsula had always been Russian in the past. Furthermore, he said that the 2013-2014 Maidan protests and the subsequent overthrow of former Ukrainian President Viktor Yanukovych were orchestrated by the CIA, Hureaux said.

By saying these statements, which some consider controversial in the West, Giscard d'Estaing is swimming against the current of mainstream media, the author said.

The French political class is so paralyzed that nobody dares to criticize the country's pro-US stance, as the last G7 Group meeting showed. Meanwhile, France itself is suffering, both politically and economically from President Francois Hollande's decisions that are dictated to him from Washington, Hureaux said.

Any French President should first and foremost defend his country's national interests, as opposed to Hollande who's blindly following Washington's lead and doing what the White House tells him to do, as the situation with the failed Mistral deal clearly demonstrated, Giscard d'Estaing said.

These kind of statements, coming from former political leaders, reveal that the European public slowly but surely is starting to see lies spread by the mainstream Western media about Russia and its alleged intervention in Ukraine.