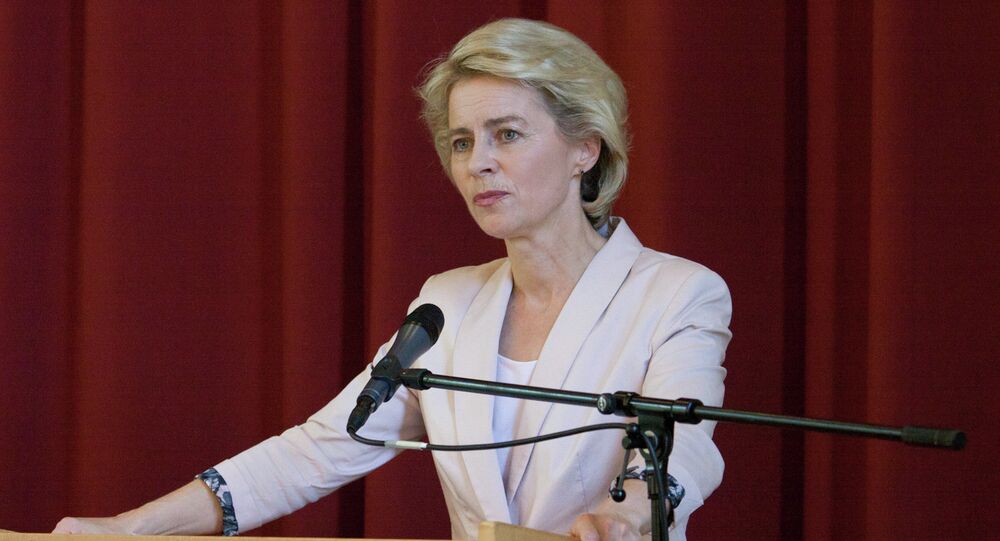 BERLIN (Sputnik) – Speaking in an interview with the Bild, von der Leyen said that nobody is able to isolate a country for a long time.

“It is not only the confrontation between the two blocks. In the times of globalization no one is able to isolate one economy for a long period of time. Moreover, there are a lot of common political interests, for example, on Iran’s nuclear program or the fight against the Islamic State militant group.”

© AP Photo / Charlie Riedel
NATO Unhappy Over US Nukes in Europe - German Media
The Ukrainian crisis has become a “bitter lesson” for NATO and Europe, the German minister added.

In June, the New York Times said the United States was reportedly considering sending up to 1,200 pieces of heavy weaponry to the states bordering Russia. If approved, this would be the first deployment of US military hardware to this part of Europe since the Cold War.