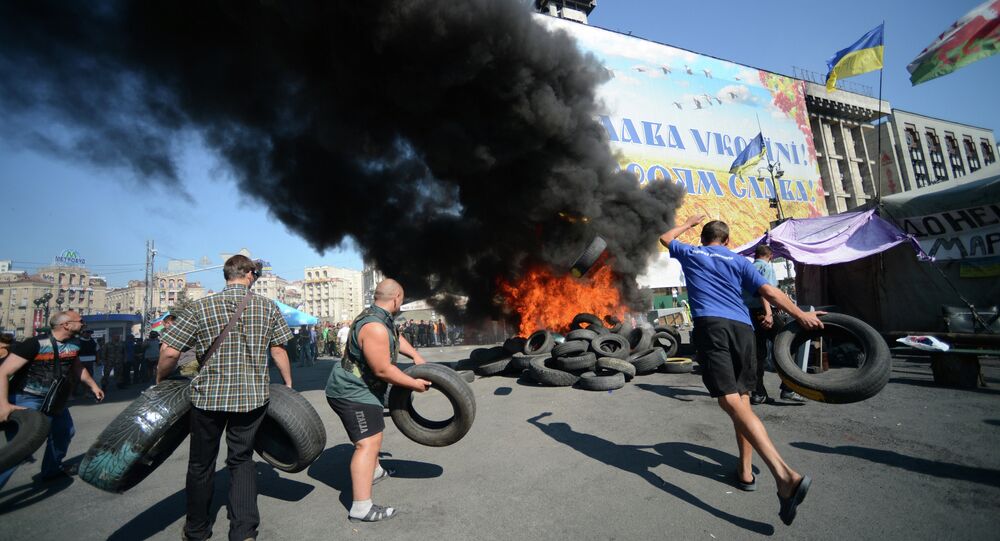 "We understand that the "color revolutions" phenomenon poses a certain threat. The latest events prove that this threat is real and long-term. Surely, we have to understand how to counter it," Smyslov said.

The term "color revolutions" refers to coups instigated from the outside and characterized by widespread unrest in countries such as Georgia, Ukraine, Tunisia or Egypt.

They are believed to be conducted with the help of the United States and other Western countries, with the appointed leaders serving as a medium in advancing Western interests.

On Friday, Russian Defense Minister Sergey Shoigu announced that a thorough study of color revolutions would be commissioned to prevent the events of 1991 and 1993 from happening again.

"Some people say that the military should not be involved in political processes, some say the direct opposite. We will order a study on the phenomenon of color revolutions and the military’s role in their prevention," Shoigu told reporters at the Army-2015 expo.

The major general added that researching color revolutions against the backdrop of events happening in the world is a sound and a well-timed decision.

US Spies' Activities Abroad Should Get Wider Publicity - Former US Official